A Kodak-branded smartphone called Ektra became official last October, and it went on sale in Europe in December. We've been expecting it to hit the US and Canada in April, but its launch over there got a bit delayed.

It is however now available to purchase in the US, in unlocked form, straight from the Kodak website. The good (or even better) news is that the initially announced $549 price tag has somehow transformed into a much less ludicrous $399.99. Note that it's compatible with GSM-based networks (such as AT&T and T-Mobile) only, so it won't work on Verizon or Sprint. 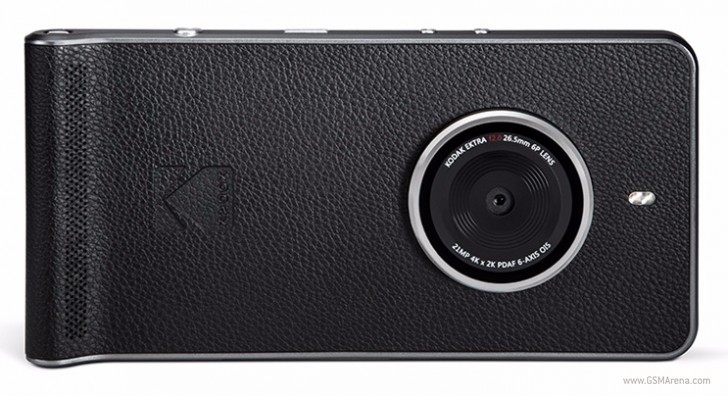 The new price point is certainly more fitting of the device's upper-midrange innards. It's unclear how good that main camera really is, and if it warrants the Kodak branding. But one thing's clear: this is one of those rare phones that looks like it's a digital camera first, so if you don't dig that aesthetic it's clearly not for you.

Kodak teases a new phone for October 20, its second device

Kodak Ektra: an Android-powered rebirth of a camera legend

you should try it, what you see in youtube is not always true. I bought it and i like it, as many people say: it is not for everyone. one of the main complains is the lack of cases and accesories, but, the camera is really good, not a galaxy s8 or ip...

She is not a reviewer just a vBlogger and on this Vlog she used the camera for the entire session. Judge for yourself https://www.youtube.com/watch?v=fDZ11C9vNr4