The OnePlus 6T abandoned the headphone jack, but that caused an issue – the Audio Tuner option (i.e. the equalizer) in Oxygen OS only worked with wired headphones, Bluetooth ones were not supported. So, unless you had a pair of USB-C headphones, you essentially had no equalizer on your new phone.

This injustice is being addressed with version 9.0.7 of Oxygen OS, which will improve the overall stability of the Bluetooth connection too. Wi-Fi stability is getting improved as well and atandby power consumption has been decreased.

Camera performance when shooting slow-motion videos should be better after the update. Then there are general bug fixes, including resolving the display issues with the wallpaper on the lock screen. 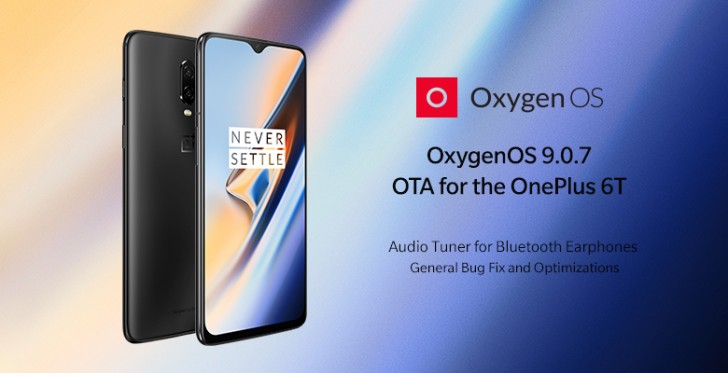 Note that this is an incremental rollout, meaning you may not get it today – only a few percent of OnePlus 6T owners will. The rest will get it in a few days.

You can follow the Source link to the announcement over at the OnePlus forum, but most comments are people asking about when the 5/5T will be updated to Pie (and whether it will include the Bluetooth equalizer).

OnePlus Bullets Wireless to go on sale in India June 19

You could use the EQ in the old days over BT, it was taken a way, then brought back again.

Is the screen glitch fixed with this new update?