Leaked image shows About screen on Xiaomi's upcoming Mi A2 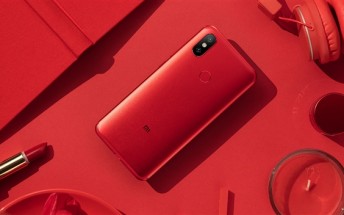 Xiaomi is taking its sweet time making the Mi A2 official, but that probably will happen soon. The phone is expected to use the exact same hardware as the already announced Mi 6X, with the only difference being that it will run stock Android, as part of the Android One program.

That's similar to what happened last year with the Mi 5X and Mi A1. The Mi A2's About screen has leaked today in a live image showing the phone, and as you can see there are no traces of MIUI here.

It's unsurprisingly a stock look, and the prototype in the picture is running Android 8.1 Oreo with the May security patches included. Hopefully the finalized device will land with a more recent security update.

The About screen also confirms, for the umpteenth time, that the Mi A2 will be powered by the Qualcomm Snapdragon 660 chipset, exactly the same SoC employed by the Mi 6X.

Xiaomi plans to enter the US market in 2019

To add on, even LAST YEAR'S Mi A1 had both headphone jack and microsd slot. Although the slot itself is hybrid, it beats not having one. Heck, I can even recommend Mi A1 (cheaper as of now) over THIS YEAR'S Mi A2 if you insist on getting Xiaomi which...