With Samsung’s Galaxy S20 line out of the way, leaks are starting to shift to the upcoming Galaxy Note 20. While Samsung usually updates its Galaxy Note line come the end of Summer, we’ve already seen some early rumors swirling around. Now, we get some idea on the possible design of the next Galaxy Note's back.

According to an image of the case mold of the official Galaxy Note 20 LED View Cover shared by Roland Quandt, the next flagship in the Note line will follow the new Samsung design language with a large rectangular camera cutout around the back. This one in particular looks similar in size to that on the Galaxy S20 Ultra and knowing Samsung's usual practices it seems logical that at least one of the Note20 versions will have that setup.

The button cutouts on the case appear to be housed exclusively on the right-hand-side unlike the Galaxy Note10 line which has them on the left side. 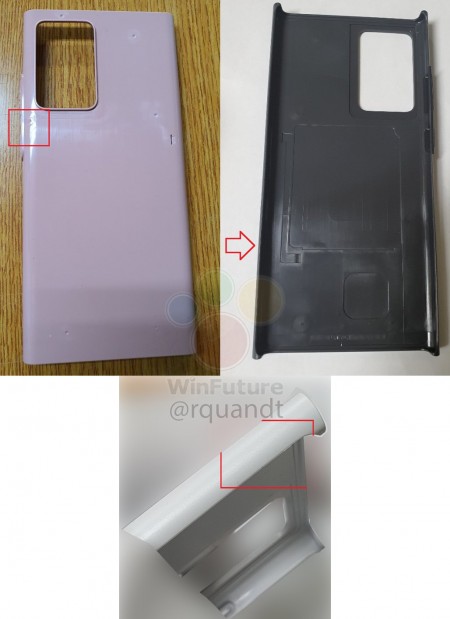 The only other leaks we’ve seen so far about the Note20 are that it will pack a Snapdragon 865 chipset, and a more fine-tuned 120Hz refresh rate display. There’s still plenty of time so we'll inevitably get more bits and pieces.

Samsung One UI 2.1 coming to Galaxy S10 and Galaxy Note10 in three weeks

What's the price ? Why's it such a mystery ?

That's because I buy them through Greenland (part of Denmark) and in Greenland one does not pay VAT so that cuts 25% of the price, so yeah the price is very good (for me).