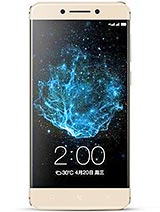 I hope it is not a lame chinese company that offers lame support (tech support, repairs, updates and so on...) because there is always a place where they do cut a lot in order to make money (excluding designs, since all chinese phones look about the same, OnePlus, LeEco, even Samsung and it's C series...)

I almost cried when I saw this phone had no headphone jack.

Respectable phone, the only downside (generally speaking ) is the lack of the SD card, even more than the QHD display. But good phone

No surprise. No North American LTE Bands.
Discriminate much?

When it compare with one plu3 it's price would be much more economical. So i m waiting for the device...

AnonD-496754, 21 Sep 2016No expandable storage,no 3.5 mm jack..LeEco too uneconomica... moreIt's funny how companies (Not just LeFail) keep trolling us with "pro" models, where the only "pro" thing about a phone is its name. How can a "pro" phone have no sd card, no 3.5mm jack and no removable battery? What exactly makes it different than "lame".

funny homescreen logo.....
as if someone is showing a broken middle finger

Design its a very nice copy of Huawei models.
But this one have much more power :-)
Horsepower of course.

In their cheap pricing they removed 2k amoled screen and ois.But good pricing $270 for 821 4gigs of ram and 32gigs of storage and 4070mah battery also.very fast lte speed 600 mbps and wifi speed 980mbps with 2*2 mimo tech.