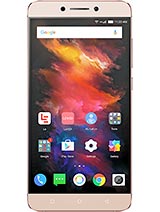 I am planning to buy this. Is the battery life that bad that I should avoid this phone?

The phone is amazing for its given price, but, I do find the battery life to be a little crappy, but this is coming from a heavy user (gaming, music, YouTube). Also the lack of a built in 3.5mm jack although it comes with an adapter for it. With that being said, it's a steal for the pricing point.

Based on other reviews I was concerned that I'd hate this phone. But for the price I paid (US$169), given its specs, I figured I'd take a chance. I agree that the EUI interface that comes on the phone is awkward.

However, I will say that downloading the Google Now Launcher from the Play Store makes all the difference, and actually makes this phone bearable. For that reason, I recommend the phone. Though I can't recommend this phone if you had to pay full price. But if you can get the phone at a discount, I say buy it!

Anonymous, 14 Nov 2016Bought the S3 on the first flash sale, so I've had it a few... moreWhat software ver. are you on to enjoy such battery endurance?

Agnosto, 17 Nov 2016Bought this during the first flash sale and love the phone;... moreYou're not missing out on bigger battery. I hardly use the phone(standby the whole time) and still the batt is drained after 16 hours. This is after I cut off all background processes.
I am not sure it is the Android thing or LeEco thing, but this is sad.
My iPhone 6/6s/7, with thieir meager batteries of half the abobe capacity, will last 3 days with just phone calls when lowe-power mode is activated.
Again, it might be a combo of things, but Qualcomm 652 is supposed to take care of the batt drain situation.

I picked up an LG Tone headset and paired it with my S3 to great disappointment. The volume is only about half that of an iphone 6, therefore not loud enough. I'm trying to see if there's a way to work around this problem but nothing so far

Bro , Has any screen issue as like as Le 2 , I mean LeEco le s3 create any sound when you little hard press on the screen ?

Bought this during the first flash sale and love the phone; I should have purchased the pro in hindsight.

There are some headscratcher bloatware apps installed that mirror Google apps which are already on the phone but other than that the skin is pretty clean. They're pushing their ecosystem so you're also stuck with a "live" button at the bottom but it's easy to ignore and swiping left takes you to a video stream feed; not a deal killer for me either.

The phone is responsive, call quality is fine, the camera is nothing that will blow you away but I have a DSLR for real photography and just use phone cameras to "capture the moment" or throw-away pics that get posted on Facebook and the camera on this phone does a fine job here with the click to photo time being nearly instantaneous. I had an Amazon Firefone and you could lose shots with that piece of junk waiting for it to "click."

Oddly, I occasionally get phantom registers on the virtual buttons at the bottom (home, settings, etc.) but this happens infrequently and I'll assume that it's a software issue rather than hardware. One of their included apps is a "feedback" app which I used to report the issue and received an email from tech support the following day asking for more specific information. There's already been one software update since my purchase about 3 weeks ago so there's hope that they'll get this minor glitch sorted out at some point.
Overall, I like the phone and the price at sale was $149 so very reasonable for the specs (cheap really) and performance. After purchase, the phone was delivered within 3-4 days and the packaging was very attractive, giving the product a "premium" feel. I bought a screen-cover later which took almost 2 weeks for delivery (I'll assume it came from China rather than California) and the packaging involved on this simple product blew me away; an mdf-like (compressed cardboard maybe?) material case with a practice screen cover, screen wipe and other accessories included.

Battery life is a bit short but I'm a heavy user so it could just be me; another reason I should have bought the Pro for the larger battery. The phone charges quickly with the USB-C cord (the wall plug block included is a bit huge though).

I miss the headphone jack as my car doesn't have bluetooth but the included "dongle" works and I do own a bluetooth headset so no biggie there it just means I can't charge and listen in the car.

There are other features I haven't tried/not interested in like the included TV remote app (there's an IR blaster in the spot where the headphone jack would be).

Bought the S3 on the first flash sale, so I've had it a few days now.
Very impressed with the build quality, clean and clear screen. I'm still using the Eco skin it came with, as I don't believe you can make a judgement on UI without actually using it for a while!
Not hugely blown away by the included streaming content, frankly, so I wouldn't put that as a big feature. Limited and hard to find specific items. News from Fox, but nobody else.
Camera is good, excellent daytime shots although it doesn't cope well with high contrasts. It's a phone folks, not a SLR!
Battery life was initially very disappointing, only just got through the day, but a recent update has transformed that. As a quick example, I'm running dual SIM, WiFi, Bluetooth and location services, and after 3 hours I'm on 96% currently. Only 2 calls, though, so far today.

At $149 it is a steal. If LeEco go Tango Uniform tomorrow, I'll put a standard skin on it and still be very happy.

Phone is seemingly good. Feels really good in the hand with it's metal body.
The system performance is top notch. It scored 107 on the WebXPRT benchmark which is like a last gen flagship phone, all while staying cool to the touch. In addition the performance of the internal memory was blazing fast in the Androbench 5.0 benchmark, more than 300 MB/s sequential read and 100 sequential write.
The camera takes really good daytime shots and the night shots seem pretty reasonable for a phone in this class. The screen is adequately bright and looks pretty accurate if a little blue. Call quality is just fine, as is LTE and WiFi reception. Loudspeaker is bottom firing, loud and pretty full. Battery life is better than my outgoing phone and wholly adequate.
Software is the big weakness, I've been using comparably lightly skinned Android OS versions and this will take a lot of getting used too. There are a few things I like, but many more that are poorly implemented or intrusively designed. Most annoyingly, unlike my Nexus 5, I cannot search settings for keywords or intuitively navigate the notification menu.
Lastly, unlike the specifications on the website, my phone's box came with a clear TPU phone case. A very nice inclusion, but notably absent from the product description.
I'd recommend this to a friend, but make sure they can handle the UI first.

Wasim Parvez, 22 Oct 2016I can not understand what is the different between LeEco le... moreThey are the same. In China and India they call it Le 2.

After one full day, I'm loving it. Aside from the fact that I hated the included skin, the phone functions and performs beyond my expectations. I put Google launcher on it and it's great. 3d multiplayer gaming is beautiful, almost no lag. Pictures seem great so far, but i haven't taken many yet. The headphones included produce great sound, and the included 3.5 adapter is a nice touch. Came with screen protector installed. I'm really impressed so far

apart from non expendable storage this phone is genuinely everything i ever needed. v.good soc non milion k screen but the ram could be at 4gb
peace

I got the US version of this phone yesterday I gotta say for $150 this is a great build quality for the phone. There's two or three show stoppers here 1. the camera disappoints and is below average quality I'm praying this can be fix with a software update while you can take decent shots during the day everything else is noisy and grainy and forget taking shots while walking with this camera. 2. No headphone jack! While I use Bluetooth headphones for everything still weird that they skipped on the headphone jack the phone is not super thin or water proof to justify the sacrifice. 3. Single bottom firing speaker my question is why in 2016 we have bottom speakers. The rest is not a big issue for me the screen is decent but is has a small black bezel underneath the glass kinda weird. Call quality is great no issues there! front facing camera just average.Finger scanner works 80% of the time. The software is not too bad it mimics a lot IOS or MIUI no app drawer so you will have tons of apps or a lots of folders. The phone is fast no lag so far but is only been one day but now and days most phones and processors are pretty capable. For 150 or 200 bucks this phone is a steal! now for 250 bucks the competition is rough you can get a second hand or manufacture refurbished LG g4 or Nexus 5x or oneplus two or motorola pure edition 2015 I would personally go with those just because this camera is just so below average in my opinion.

Wasim Parvez, 22 Oct 2016I can not understand what is the different between LeEco le... moreNo difference... They're calling Indian version of Le2 as Le S3 in US.

LeEco left s3 compact designs
4.5"to 5" display devices
I will ready to buy

Another useless phone with ~25GB storage

Wasim Parvez, 22 Oct 2016I can not understand what is the different between LeEco le... moreCorning Gorilla Glass 3 mainly.