LeEco’s US lineup leaks ahead of October 19 launch

LeEco is quite excited about launching the brand in the US. So much so, that some product pages and placeholders are live on their website right now. It looks like the switch was flipped too early when updating the online store.

Android Police first found the lineup, which includes two Android smartphones and four Android TVs. The two smartphones in question are the Le Max2 and the Le S3, which will run for $349 and $299, respectively. There are a couple of discounts listed on the product pages, but they aren’t clear just yet, so you can check them out yourself if you’d like to get an idea of what they’ll be going for.

The Le Max2 is powered by a Snapdragon 820 CPU paired with 6GB of RAM. There’s a rear-mounted fingerprint scanner that sits just under a 21MP camera. It comes with Marhsmallow 6.0 out of the box and runs LeEco’s eui (Ecosystem User Interface) out of the box. Powering the device is a 3,100 mAh power cell. 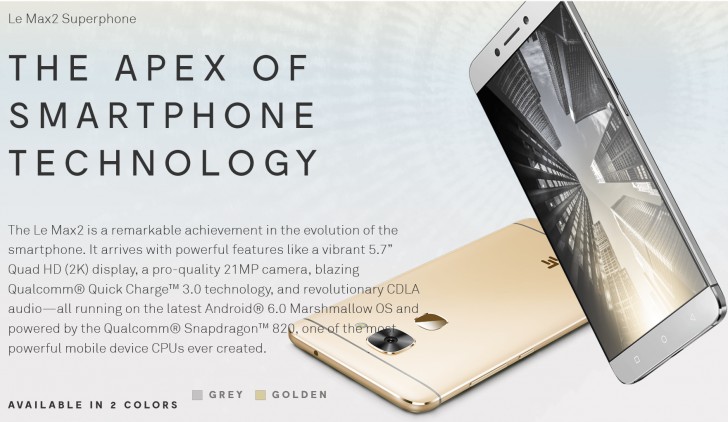 Moving on to the LeEco Le S3, it features identical software and UI but runs on a Snapdragon 652 CPU with 3GB of “Low profile” RAM, not sure what that means for a smartphone, but the description reads “Together, they provide the power and speed to perform tasks no normal smartphone would attempt – like playing 3D games and watching videos simultaneously.”

Other specs for the Le S3 include a 5.5 inch 1080p display, 16MP main camera with 4K recording capabilities, as well a rear-mounted fingerprint scanner and 3,000 mAh battery. Both smartphones are compatible with Qualcomm’s Quick Charge 3.0.

As for TVs, it looks like LeEco is going to sell self-branded TV’s even though the company just acquired Vizio.

Only one TV’s link works while the rest have been taken down. The first model listed above is the LeEco Super X43 Pro, which features: 120Hz (60fps) playback, HDR support, 16GB (or more) of internal storage, 3GB (or more) of RAM, an ambient rear light sensor, Bluetooth 4.1 audio, and finally, Wi-Fi ac dual-band support. The TV itself is quite slim and minimally designed. The 43 inch model is just over 1” thick. 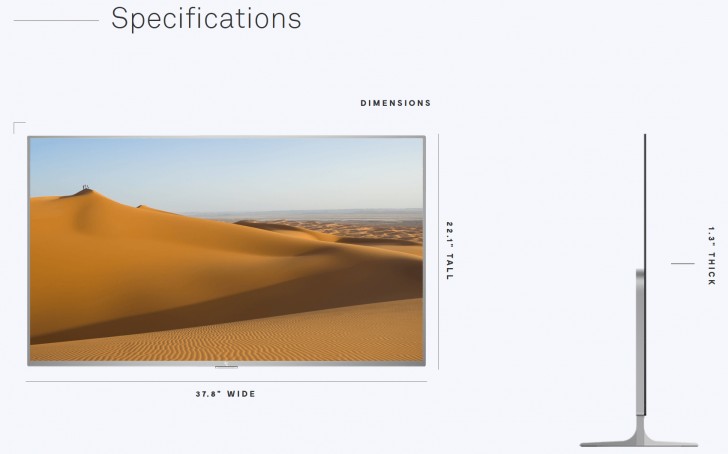 In any case, we can expect to hear about all the LeEco products that are coming to the States once the company holds its press event in San Francisco.

They MUST also bring their new Le Pro 3 with Qualcom 821 here in the States. They have to launch big here to serve notice to the old guard OEMs already here.

Why only 5.5"? For big-handed people, it's way too uncomfortable due to small size. :/ Another promising-sounding phone model not worth considering, damn it.