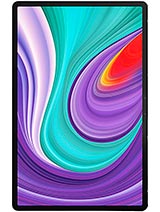 Anonymous, 19 Oct 2021This is my review of the tablet by using it for more than a... moreNonsense.. the greay you can sense it the ZUI transparency feature... just run a greyscal slide and you can see the screen is perfect in all transition from grey to black... funny how many that confuses this ZUI transparency feature for "grey problems" and where bright things underneath will glow thrue.. its a feature.

Yukvgffh, 01 Jul 2022Chinese ROM or global ROM I updated to that version too. ZUI is the China ROM. The language can be switched to English easily in the language settings.

the screen display look like the dust , i feel the picture showing not clear.

Updates, 24 Jun 2022Just got an OTA update for my XiaoXin Pad Pro 2021 to ZUI V... moreHow about widevine level now after updating??? still L1?
How's netflix?....i heard there is a screen problem....the brightness goes up & down unstably

Yukvgffh, 01 Jul 2022Chinese ROM or global ROM ZUI is Lenovo's English/Chinese Android OS ROM. ROW firmware versions are the "Rest Of World" global ROMs. If you have the option, always go for the ZUI models. They will typically be updated faster and kept current for a longer time that whatever global ROM you might find. Sometimes a third party vendor will load a hacked Android firmware from a non-Lenovo device and represent it as a "global" option. If not buying directly from Lenovo, check with Lenovo to see if they actually do offer a global ROM for any particular device in your market and what the latest version is.

Just got an OTA update for my XiaoXin Pad Pro 2021 to ZUI Version 13.1.560 ST. Still running Android 11 but the Security Patch Level is now dated April 1, 2022. Small file size of around 10MB, so it looks like the security level updating is the bulk of it.

Culverin, 30 May 2022There are a lot of OEM offering guaranteed future updates. ... moreXiaomi seems to produce one new tab series every three years. The Xiaomi Pad 4 came out in August, 2018. The Xiaomi Pad 5 was announced in August, 2021, four months after Lenovo had their Pad Pro in consumer hands, but how many could or can actually buy either of the two Xiaomi tablets? Neither of Xiaomi's two releases had the best tech available at those dates, but they were cheaper than Samsung and Apple so people bought them. Lenovo has released 20 tablets in that same time period with tech ranging from the basic to unique and uniquely good, more than competitive with Samsung but priced much less expensively. Lenovo is not competing with Xiaomi's late to market me-too tablets, Xiaomi has crawled under the table and is curled up in a little ball. Huawei, Oppo, Vivo, etc. are only releasing low-end product, good luck with updates there. The high end pro market is still held by Apple and Samsung and you know you will pay a lot more for their tablets. If having a tablet makes any sense to you and you don't have a big bucks budget, Lenovo has you covered across a wide range of product AND typically gives you two years of OS updating. Your money, your choice but whining about not getting more in this case is like having an ice cream cone dripping in in your hand and crying that the kid next to you is eating a six scoop sundae.

Shopper, 22 May 2022Dude, you are looking at the wrong tablets for what you wan... moreNot all would be purchasing this device exactly on the release date. Samsung and Apple offers 4-5 years which arguably justifies a bit of premium there which is only optional. However having no software updates not even a year to a device's lifespan would somehow equate to poor after sales service, i.e. bugs and exploits may be discovered during that span. Now given, the relatively cheap price of this, 1 year of guaranteed android version should be the bare minimum.

Molly02, 27 May 2022Supports 5g without sim cards, wow!!! Isn't that great... moreEntertaining post, I LOL'd. Didn't get the baby factories reference, though. Quick lessons that you should probably pay some attention to before posting more nonsense - https://www.lifewire.com/5g-vs-5-ghz-wi-fi-4583886 https://wherearemade.com/where-are-iphones-made/ https://wherearemade.com/where-are-samsung-phones-made/

Supports 5g without sim cards, wow!!! Isn't that great? What if my WiFi is 4g, how do I get to use the 5g?...real trash!!!!!
Real reason why you can't compare all these baby factories to Samsung and Apple

Culverin, 21 May 2022I think for a mid-tier device they should atleast commit to... moreDude, you are looking at the wrong tablets for what you want. You need to open up your wallet and pay the Samsung and Apple brand premiums if you really want yearly updates till the hardware can't keep up with whatever new apps are introduced. Or just buy Lenovo's own Tab P12 Pro or Legion Y700 pads. Heck, even this Pad Pro will probably be updated to 12 if that is your future dream feature, and it costs at least 30 - 150% less cash. Would really be helpful if you let us know what apps you are running, or intend to run, that will benefit from constant OS updates rather than their own code updating. Most users get a benefit from any security patches that come along, but beyond that?

Culverin, 21 May 2022I think for a mid-tier device they should atleast commit to... moreLenovo offers optional updates within specified time periods not dependent on Google's OS version release schedule. As far as I know, no vendor offers future version release update or compatibility guarantees. Android and other OS, then firmware design follows in sequence and is engineered and tested on independent schedules before offered for optional updating to end users.

SingaporeSling, 21 May 2022I agree! But how much are you willing to pay for that? Leno... moreI think for a mid-tier device they should atleast commit to support it for 1-2 years, anything beyond that would be a premium I guess. I think 1-2 android version updates would suffice as most apps in the play atore only require Android 5/7 above, so Android 12/13 could I think last well till 2027/2028. My Samsung S7 from 2016 still can run heavy apps albeit with overheating issues and a very laggy experience. Whereas apps from Appstore do require I think the lastest version of iOS if not the 2nd latest for most apps, justifying the need for a longer software support.

Just 1-2 guaranteed android version updates would make this tablet a no-brainer choice for everyone as I think lenovo has bad reputation for software updates with most devices only getting max of 1 except for their legion series I think.

Culverin, 20 May 2022It's sad that they can't guarantee even 1-2 updat... moreI agree! But how much are you willing to pay for that? Lenovo seems to have two years of OS updating from when the tablet is released to market, not from the time you decide to buy it. This is a 2011 model and the major OS release updating will officially end at the end of this year. They have released some security updates after announced end of official updating on other devices, but that is never a guarantee. This tablet is positioned as a mid-tier device, one they would expect to sell lots of, rather than a super expensive, feature loaded version that would appeal to a rarified buyer. At the same time, it is a hugely capable device that uses some of the best hardware in the Android tablet world, a flagship killer as they say here, even compared to models that competitors are just releasing now at prices quite a bit higher than the roughly US$300 this one sells for. Would you buy this tablet for US$600 right now for an extra year of OS updates? How about $US800 or 1000? I wouldn't, noting here that EVERY OS update has a chance to break the functionality of whatever application software you rely on. Buying now gets you a device that has already had a year of OS and proprietary app refinements, meaning it likely has a whole lot less chance of being problematic.

Anonymous, 20 May 2022I'm considering buying one of these pads as well. Base... moreIt's sad that they can't guarantee even 1-2 updates for these semi-premium tablets. At this budget I was even considering iPad 9th gen due to its guaranteed 5-6 year support but with lesser screen size, that 4:3 aspect ratio and its large bezels is a major turn off.

Anonymous, 19 May 2022Not yet. I am on ZUI Version 13.1.555 ST which shows as And... moreI saw a post by an admin on one of the Lenovo user community chats that they are going to start releasing another update OTA starting next week. Don't think it will be an Android version update, but Lenovo has been pushing incremental updates quite frequently for this device. EOL for official updates is set for the end of 2022, but still plenty of time for them to move this pad to Android 12.

Culverin, 19 May 2022I'm deciding if I should buy this or not. I heard Andr... moreI'm considering buying one of these pads as well. Based on price, features (especially that it has that really nice OLED screen and a newer processor,) build quality and actual availability, the Lenovo Pad Pro seems quite a better choice than the Xiaomi Pad 5. If I wanted to spend more for a tablet form productivity device, I would opt for Lenovo's Tab P12 Pro or one of the newest Samsung models, but at those price points I also start looking at ulralight laptops as well as Apple and Windows systems. FWIW, Google is already releasing Android 13 betas, the update cycle never seems to end! Anyway, even with my self-imposed budget constraints, I need reliability/stability MUCH more than any benefit or "fun" I would get being an early release OS candidate beta tester and am not encouraged by the comments/complaints coming from the Xiaomi user community that are.

Anonymous, 19 May 2022I'm not that technical, but I just checked out a video... moreThank you for linking this. I don't really understand much of it to be honest. However, the screen resolution part was pretty helpful. My primary reason for buying a tablet is for watching videos aside from work purposes. So this is really helpful.

I agree with OPs comment about the pricing too. This tab is pretty much a steal, the store selling this one here has option for tablet with keyboard, pen, and case which is less pricier than other tabs that don't have these accessories.

I think this is the tab I'll be buying. Thank you so much for your help anon!