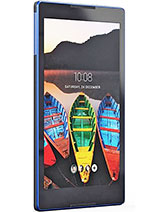 Who is having trouble running the device let uninstall google app and installed Google go app.

I did a factory reset, on my Lenovo tablet and shows the welcome screen but it won't let me skip the screen to go to apps or settings, it keeps saying checking Wfi connection, then it says no connections were found. I've had this tablet for about a year now it was working fine before but now got some issues....

I've been using this for 2 years now! No problems. I use this primarily for browsing and YouTube. I even played PUBG with this device for over 6 months. I'm satisfied with this device!

How to move apps to SD card.please suggest

I had mine for over a year before my Lenovo tab3 started this. Luckily enough I had the store I purchased it from 2 year warranty and got a replacement that replacement lasted only two months before it started doing something similar as the on it replaced. I think this is a common problem.

Anonymous, 15 Oct 2017This tablet is a real turd. Manafcture date of July 2017, s... moreYeah, same here. Really this shines in the use and throw part of android tablets

AnonD-719833, 02 Dec 2017I also face the same problem, but when turning off location... morego to network settings or more networks then set it to gsm only then select your network provider then after all that's settled set it to wcdma only. done :-)

zero, 26 Nov 2017i used for.more than a year, so far satisfied since im lite... moreI also face the same problem, but when turning off location setting, able to make the problem stop Hope Lenovo can address this issue A.S.A.P.

zero, 26 Nov 2017i used for.more than a year, so far satisfied since im lite... moreI also face the same problem.

i used for.more than a year, so far satisfied since im lite.user until yesterday flash update firmware, without thinking & after updated, my ntwork suddenly keep on dissapper already change to sim1 & sim2 slot still the same, any.idea how to solve?

This tablet is a real turd. Manafcture date of July 2017, slow Mediatek garbage with **1** GB RAM. It makes using this tablet painfully slow for even light web browsing/media.

I swore I'd never touch anything with Mediatek inside again, but caught this tablet on sale, and I regret buying it.

Is it duel Sim?

Very good and inexpensive. I took 2GB, and occupied about 1.4GB of RAM. Dump USB on the go. For the money I gave, a good investment. It does not support Whatsapp but supports Viber, FB, Instagram etc

can we use this tab for calling purses?