Lenovo finished off its CES 2021 announcements with a pair of ThinkPad laptops and a 12.3-inch tablet PC hybrid. Starting things off with the new Lenovo ThinkPad X1 Carbon Gen 9 - it brings a redesigned body and a 14-inch 16:10 display with thin bezels, larger trackpad and up to i7 xPro 11th Gen Intel processors. You can configure it with up to 32GB of LPDDR4 4,266MHz RAM and up to 2TB of PCIe SSD storage.

These are the first devices with Dolby Voice, which optimizes speaker and microphone performance, adjusts voices and reduces background noise on a conference call, independent of app.

The ThinkPad X1 Carbon has a 57Whr battery that's good for as up to 16 hours of use. There's a 65W USB-C Rapid Charge power adapter. Weight is just 1.13kg. 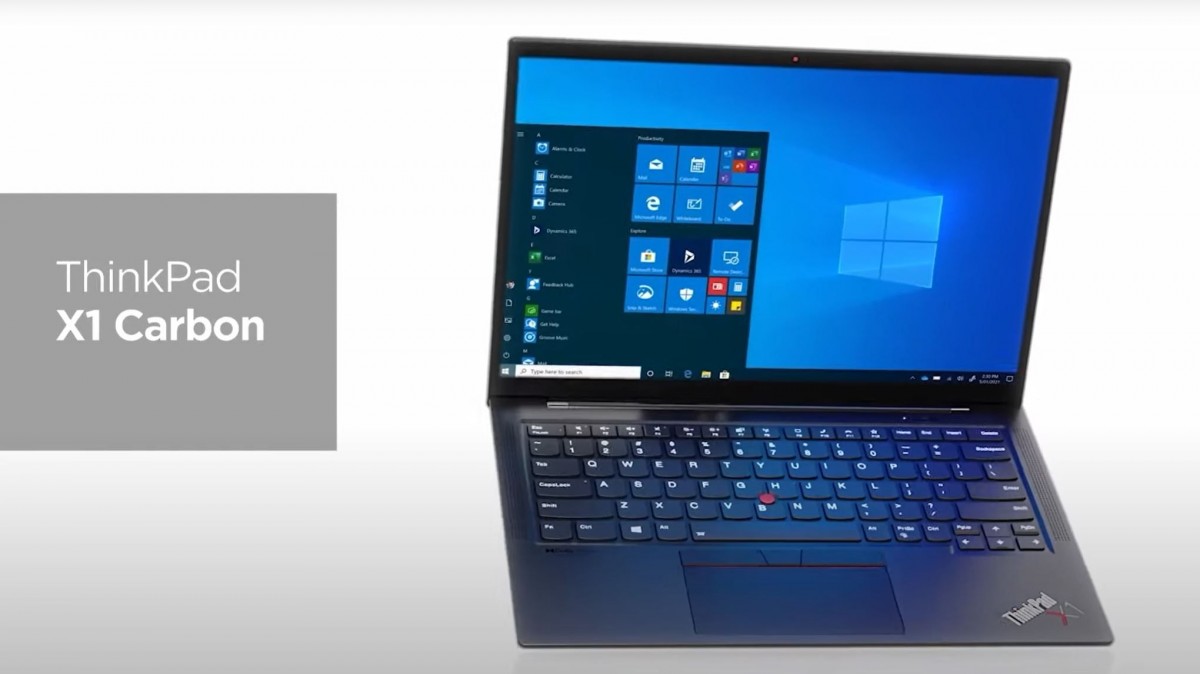 The ThinkPad X1 Yoga shares most of the Carbon' specs, but has a 360-degree rotating screen and a slightly higher weight of 1.39kg. Like the Carbon, the X1 Yoga has a 16:10 14-inch display. Both laptops get a choice of panels - the X1 Carbon has 5 options, ranging between FullHD and 4K, touch and non-touch, the Yoga has 4, all touch. The ThinkPad X1 Yoga also has an integrated ThinkPad Pen Pro. 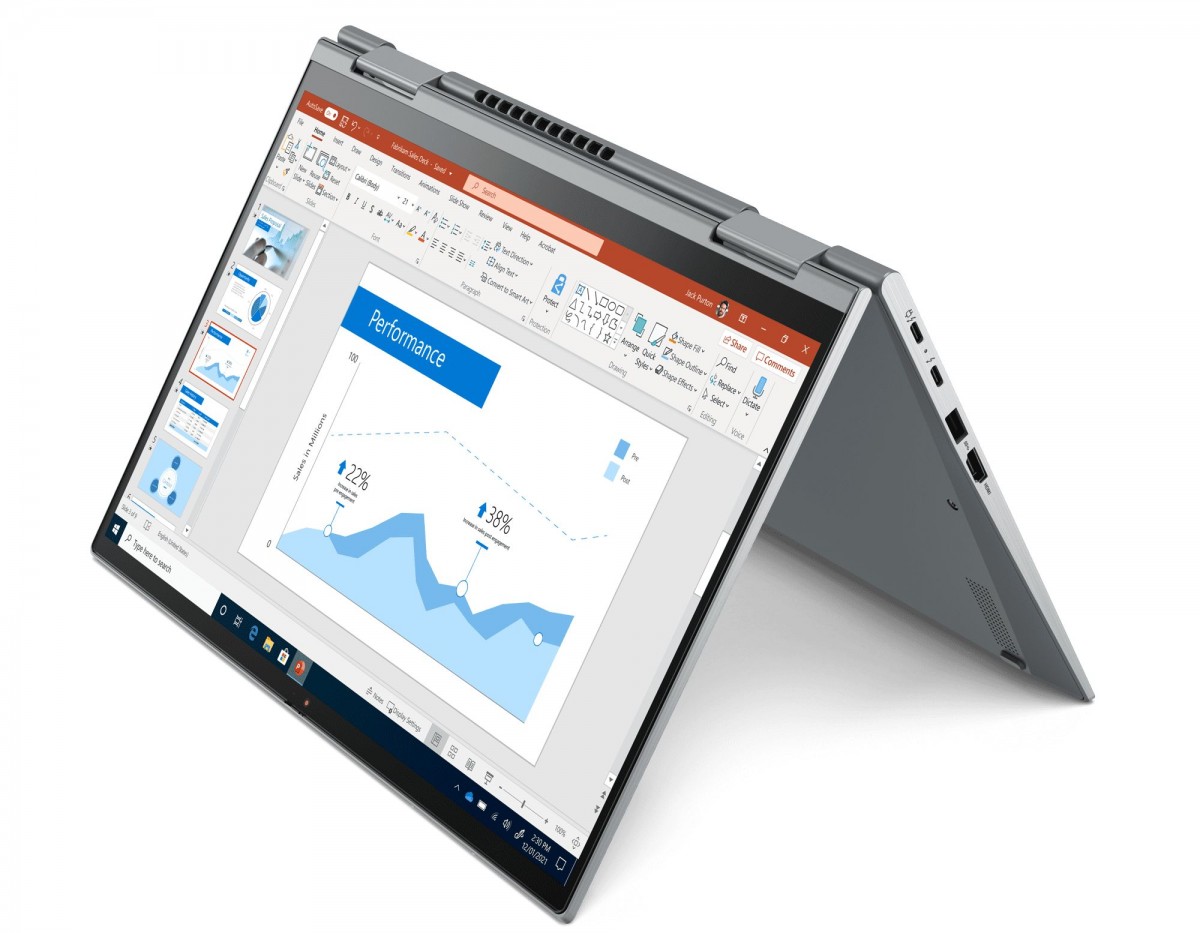 Lenovo also announced the ThinkPad X1 Titanium Yoga. It has a 3:2 ratio 13.5-inch 450-nit display and is the thinnest ThinkPad to date at 11mm. It shares the Intel 11th Gen internals with the rest of Lenovo's new ThinkPads.

And if you want a cellular version, you'll be happy to know that all three laptops are 5G ready. 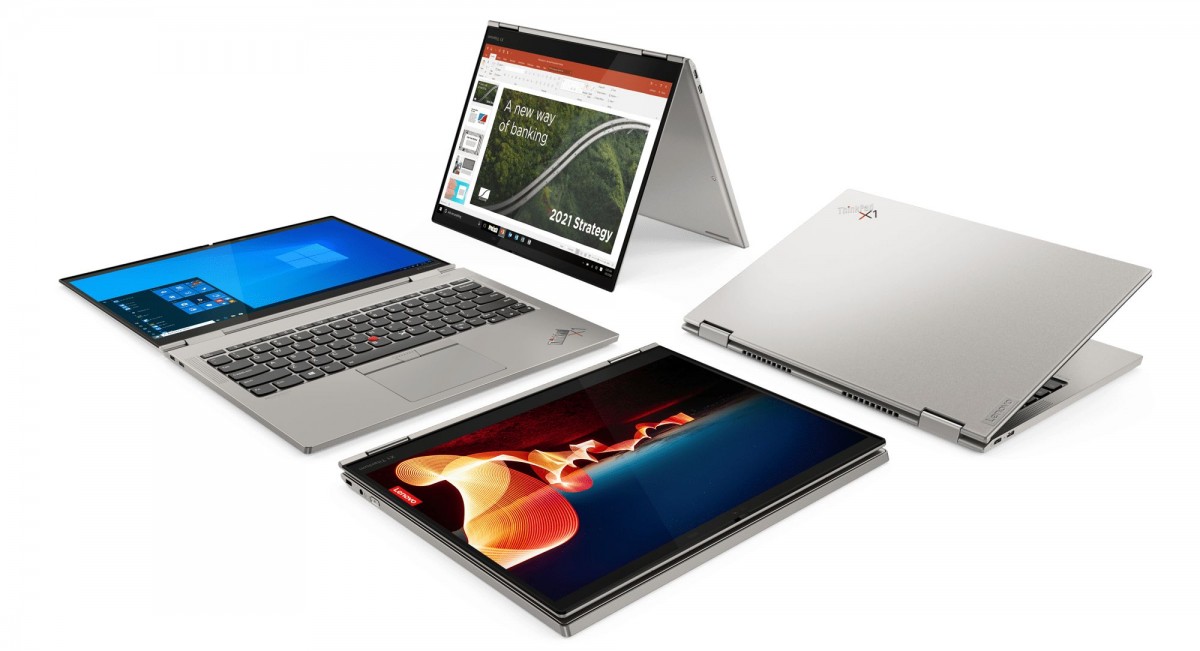 Finally we come to the ThinkPad X12 Detachable, yet another Microsoft Surface Pro competitor from CES 2021. The ThinkPad X12 Detachable runs Windows 10 Pro with 11th Gen Intel i7 vPro processors and up to 16GB of LPDDR4 RAM. It has a 12.3-inch 3:2 ratio FHD+ display that has 400-nit of brightness and is naturally touch enabled. Like the name suggests, the screen is detachable. 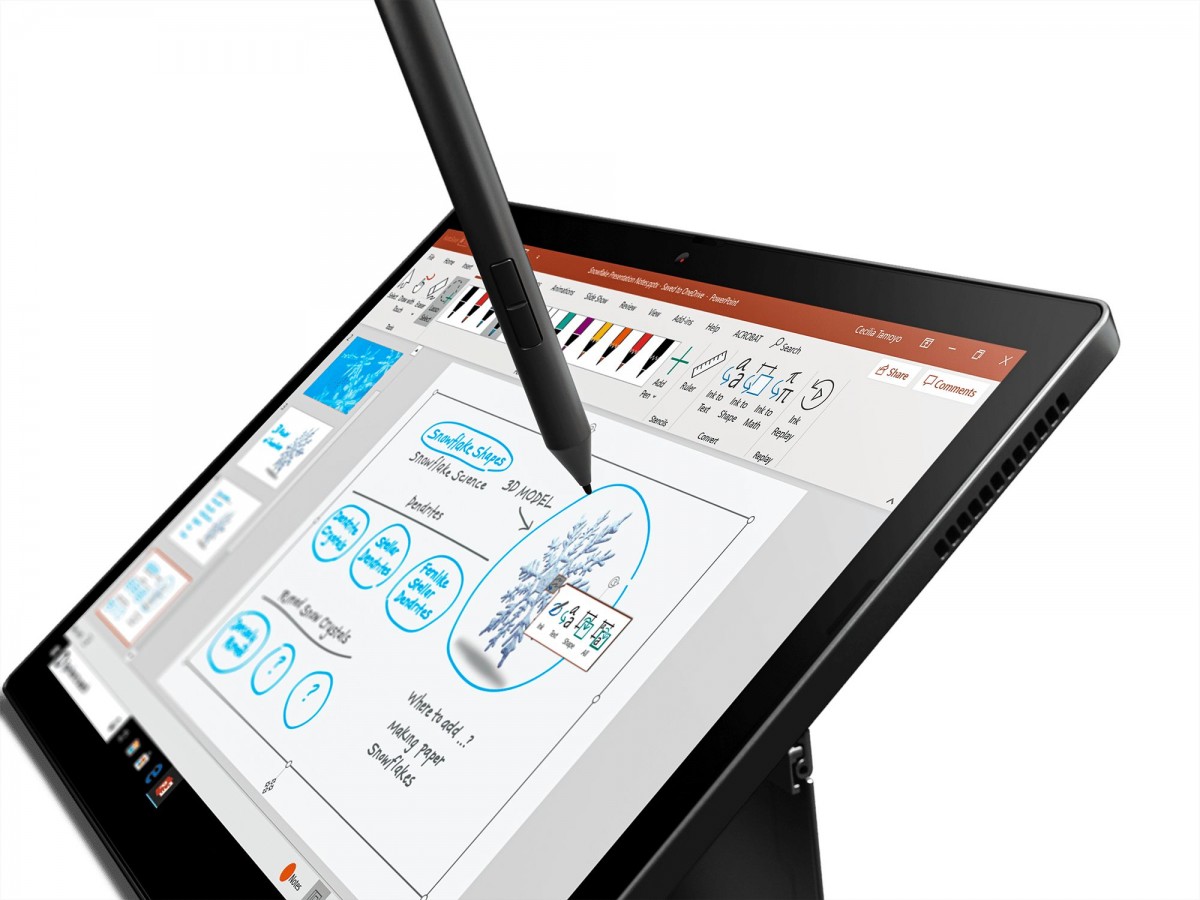 The Lenovo ThinkPad X1 Carbon and Yoga will be available from February, starting at $1,429 and $1,569. The ThinkPad Titanium Yoga and ThinkPad X12 Detachable will go on sale in January, priced $1,899 and $1,149, respectively.

I didn't need to dig for anything. Search on google for Surface pro 7 thermal throttle and it's on the top, for you. It's not a matter of firmware, the thermal design on such thin machine, it is what it is

Haha you had to visit Microsoft site to dig for problems? Every site.. Apple, Nvidia, AMD, Asus, etc. will have a bunch of people with issues for any type peripheral out there. There will be some users complaining about something or the other. F...