Lenovo just teased its upcoming Z5s smartphone on Weibo and to our surprise, it will be featuring a still unannounced Snapdragon SoC. It will also be running Android Pie out of the box and this is as official as it gets.

According to the teaser poster, the Lenovo Z5s will boast a Snapdragon 678 chipset while running Android 9.0 Pie out of the box. Interestingly enough, the chip isn't announced by Qualcomm yet but a recent Geekbench listing could tell us something about the SoC, assuming the Snapdragon 6150 is, in fact, the Snapdragon 678. 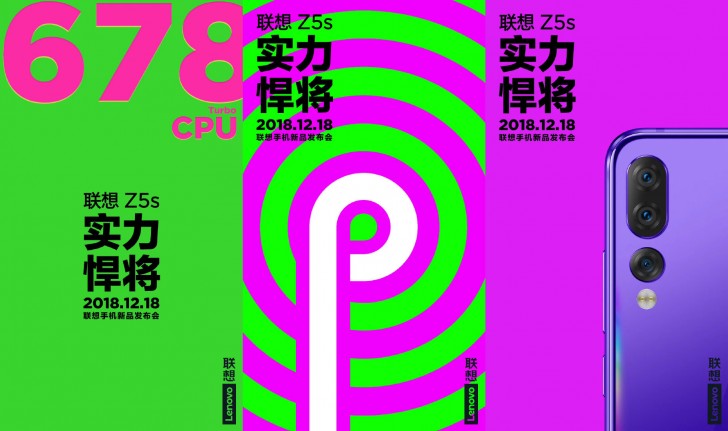 We speculate that the chipset will feature two powerful Kryo 365 Gold chips, judging by the single-core results, and six other power-efficient cores. The multi-core performance is close to that of the Snapdragon 710.

Anyway, the poster also confirms that the phone will incorporate a triple-camera setup while previous leaks suggest a 6.3-inch display with a camera hole in the screen, rear-mounted fingerprint reader and a 3,210 mAh battery.

Luckily, we don't have to wait much longer to know more as the handset will debut on December 18.

Well they finally announced the Snapdragon 678... after 2 years.