While we are waiting for the official release of the Lenovo Z5s on December 18, the company's VP Chang Cheng posted a few sample shots taken with the triple camera. There are also watermarks on the photos suggesting that the AI mode was turned on. 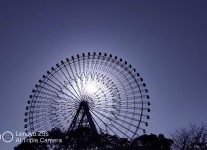 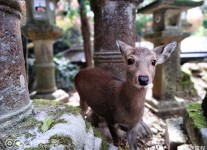 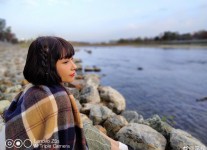 Only three stills were published on Weibo and two of those are taken in portrait mode. And interestingly enough, they are in full resolution. The simple math says that the main camera is 16MP (4608 x 3456). So it's easy to spot the excellent edge detection. Sharpness is alright, dynamic range is nice and colors are punchy.

However, as some manufacturers do, the photos might have been tampered with or not even taken with the said phone. Though to be fair, these look like the real deal. It's a nice first glimpse at what the ISP on the upcoming Snapdragon 678 is capable of.

You're absolutely right, instead they found a P&S from the 2000s and watermarked the photos. . . /s

Eh, they're very waxy, no sharpness at all. If I had a 10 year old dSLR that shot this kind of blurred imagery in daylight, I'd take it back. So, no.

You are living under a rock or you just want to argue with peopole to deal with with your frustrations. Get a live and read more. Buy