Lenovo’s ZUI 11.5 Beta is now available along with Lenovo One

Earlier today, Vice President of Lenovo, Chang Cheng, announced on Weibo that ZUI 11.5 (based on Android 10) Beta is now available.

Cheng also announced that Lenovo One is also available – this is a platform that would integrate with Android to allow cross-platform connectivity with support for display projections, quick file transfers like with Apple’s Air Drop, and Bluetooth quick links. 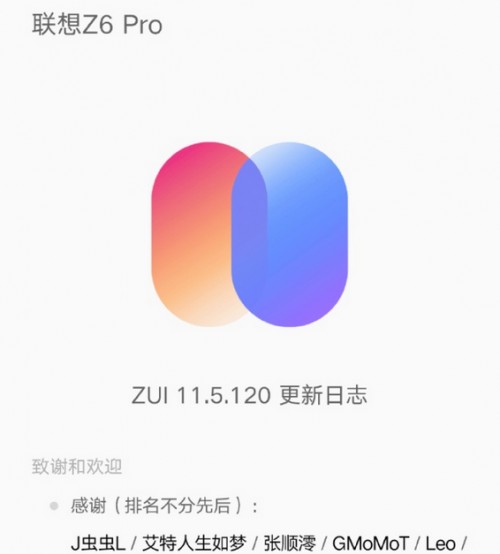 Reports about Lenovo One first surfaced last week, and the hardware manufacturer is expected to announce more details about it at Lenovo’s Tech World Innovation conference, which kicks off on Thursday, November 14, 2019 in Beijing. 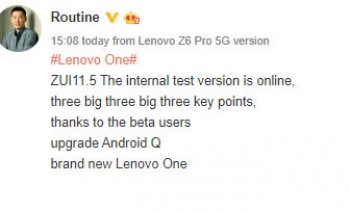 New features on ZUI 11.5 include integration with Lenovo Windows machines running Lenovo One, a new interface, optimizations and bug fixes, as well as the new features baked into Android 10 like notification controls and more advanced location permissions.

It isn’t clear which devices will receive ZUI 11.5, but we’d imagine the Z6 Pro and other flagships will be the first.

The Lenovo Z6 Pro received many updates so far, and it seems browsing the Chinese forums that Z6 Pro will receive 11.5 Beta. Nice!

iPadOS 15 to increase the RAM cap for apps