LG has just unveiled its first 360 VR headset and it just made sense to have a 360 camera as a companion accessory, right? So, the LG’s take is the LG 360 Cam - a very compact spherical camera with dual 200-degree 13MP snappers. 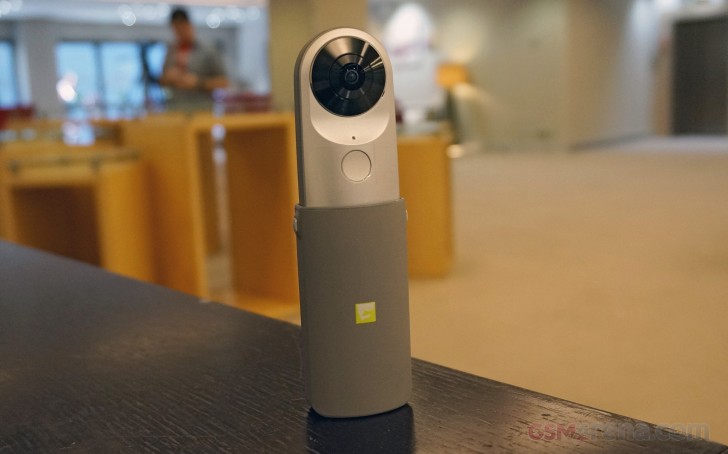 The cam is powered by a 1,200 mAh battery and supports Wi-Fi and Bluetooth connectivity for phone pairing. It weighs just 72g.

The camera supports 2K video recording, and its content can be easily uploaded to YouTube 360. Then you can view it with your LG 360 VR, or any other Cardboard compatible gadget.

The camera is about to launch this spring, but the pricing is yet to be specified.

This looks good and doesn't look like it will cost an arm and leg. I think the 2k res is low for a VR viewer. I've tried 4k on one and you can see the pixels so I imagine 2K will be even more pixelated.

Well, Samsung copies everybody. Have a look at Ricoh Theta, which is currently in its 3rd generation.

Yeah i like this shape better but if you need to attached it on top of your head (lol), placed it on the ground or on something, Gear 360 might be better. But more importantly, is the price and quality of the video.