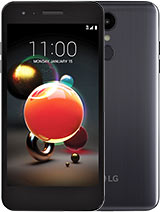 I've had this phone for around 3 years and I've only had one problem and it was that the camera less got cloudy and that was it. Was an easy fix but other then that the phone had treated me well. I'm still using it to this day. Oh and I've dropped it a decent amount of times and out never cracked until it feel of my desk onto the concert floor. But all it got was one like acts the screen barely noticeable. Just love this phone. I'm told to get A phone but until this thing breaks i won't

Spyder, 21 May 2020Good phone with bad cameras. Fine for selfies and casual ph... moreMine is not working with 3g is only working with 2g

My LG aristo 2 is just operation on 2G.but from the network i was able change to lte/3g/2g.have tried countless time.pls help me.

Anonymous, 24 Jun 2021How did you have this phone in 2016 when it was released in... moreBecause it was probably made in 2016 And maybe it was because android nougat in 2018 is strange

Fher, 05 Jun 2021I just loved m Arito 2. It has been one of the most reliabl... moremy aristo 2 is super ... best phone for the money.. sad it is no longer available just leave things alone

I just loved m Arito 2. It has been one of the most reliable inexpensive phone that I have ever had. I have posted an opinion before. I love it!!!!

Joeg, 10 Jul 2018I love LG phones. This is my 2nd one and both, the Aristo 1... moreYou canhave my phone its lg aristo 3 plus worst phone ever my samsung avant which is 7 years old works better then this phone absolute trash

Got this phone back in 2019 and used it as my primary phone everyday. I dropped it almost everyday and even fell on water but this thing still holds up incredibly well. It's no flagship phone so don't expect too much but for the price it's not too bad. Still working up to this day with minimal scratches.

I have had this phone since 2016. It has lasted 5 years, no problems. Had to tell everyone. Absolutely amazing. Usually most phones last a year or 2. Great phone

My friend bought this phone for $100 back in 2019 and today I installed all the system, security and app updates for him as he's a senior and has no internet. I also disabled a lot of the LG and Google bloatware and I must say after taking it for a test drive, this is an excellent cell phone for it's price and I highly recommend it ! 🤠👍...

I've had this phone for awhile now and its' still going strong despite the messed up USB port and a few internals it can get things done with no problem. I might have to wait for the processor to start up or have to charge it with some wires stripped down to the copper but it is durable and I haven't even gotten any replacement parts for it

dropped it off a 3 story roof.
ran it over with my car.
its all bent and broken, works fine.

Kelly, 09 Aug 2020I always hated the camera on my aristo but i ended up downl... moreWhat app are you using?

Had this bitch from 2018 and it was being good until now. Sis be freezing on me. I have to take out the battery and replace to just to use it. I dunno what's wrong with it all of a sudden.

Does anyone know if it is possible to track screentime usage with this phone?

Anonymous, 20 Apr 2020its not that bad had the phone for a year now. only things ... moreI always hated the camera on my aristo but i ended up downloading a Hi def camera app to try just for the hell of it and wow what a difference. I just use that as my default camera now and couldn't be happier with my photos now

its a 60 dollar phone from 2018 what do you expect? a iphone 11?stop hating on this phone the phone is very good