Flagships get better with every generation but some of last year's are as good as reborn. The LG G4 improves on the three best features of its predecessor: design, screen, the camera - and does so decisively. It adopts a G Flex curve, but makes it its own with an optional stitched leather back, and has what may as well be the most advanced camera module on a phone yet. 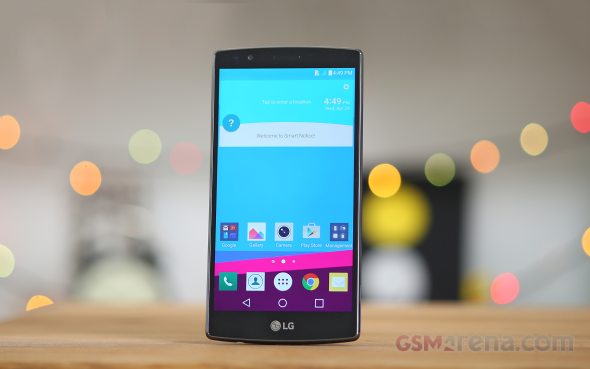 The camera really is the new phone's key feature. LG picked a new 16MP sensor, improved the optical stabilization, gave it a wider aperture lens, added a handful of new software features (including manual mode) and placed a top-notch selfie camera on the front. A complete overhaul of the imaging department.

LG designers were hard at work too. They gave the LG G4 a subtle arc that complements the spacious screen and sourced high-quality materials for the back covers. The premium option is made of genuine full grain leather with threads imported from Germany used on the decorative stitching. Even the basic backs are far from plain - the white one has ceramic coating.

The LG G4 strikes a great balance between tangible quality and intangible class. Here's how the hardware capabilities and the premium exterior balance out, plus what the G4 offers over its predecessor.

The screen is LG's own creation as none of the top display manufacturers had what the G4 needed. The company calls it a "Quantum Display," not be confused with Sony's quantum dot screens. LG says it's actually better. The new components reduce power usage, while improving brightness and contrast. Better color accuracy is promised as well.

So, should other smartphone makers pack up and go home? Users campaigning for removable batteries and expandable storage are nodding in agreement, but a chipset that's only second-best may be raising a few eyebrows. The thing is, early benchmarks showed that Snapdragon 808 is quite capable of competing with the 810. Either way, the performance of the latest Snapdragons is a sore issue so we'll pay special attention to that.

Before we delve into the hardware, a quick preview of how the LG G3 compares to its replacement. LG's new screen resolves our complaints about contrast from last year the camera comparison is a cakewalk for the newcomer. The performance gains are not as readily visible though. But benchmark-topper or not, the LG G4 won't have to ask for anyone's attention.

Going from the g4 to a newer 'flagship' device (s8) was one of the biggest downgrades in terms of camera image quality. The g4 packs quite a capable shooter. I've taken so many long exposure shots with it.

I am on my second one (2017-today). Still working fine, runs a bit hot in summer. The batteries tend to bloat after a year. Camera has a slow shutter, but photos are really good. Friends with new phones still get impressed with the photos. Headphone ...

please give me the update of its availability