Nearly a week after Sprint's LG G5 started getting it, T-Mobile has also started rolling out the Nougat update to LG G5 units on its network. Weighing in at 1272.9MB, the update brings along Android version 7.0, as well as security updates and other improvements. 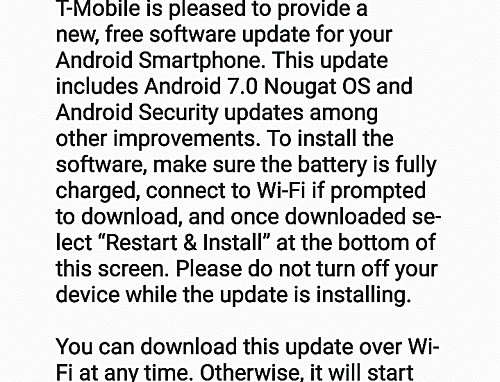 As is usually the case with OTA roll outs, it may take some time for the update to hit your device. Meanwhile, if you feel impatient, you can manually check for the update by heading to your handset's Settings menu.

Nougat update for LG G5 is now rolling out

I check everyday...but nothing here in Poland :(

and in europe when ?