LG had a very clearly laid out task in front of its G6 design team - consumers want a phone with a large display, only they don't want to sacrifice single-handed usability - go! 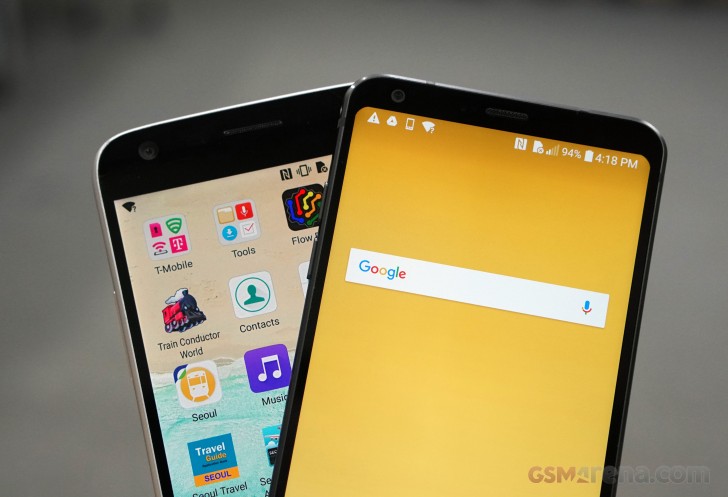 Packing more display in the same physical dimensions as the G5 can only mean the screen had to grow vertically, and so it did. This has brought us the 5.7-inch display with a 2,880x1,440px resolution in a novel 18:9 aspect ratio and rounded corners. The pixel density is 565ppi, which is higher than that of the outgoing G5 - if only all 'value propositions' were as good.

LG says that the G6's display can reach a maximum brightness of 500nits if you pull that slider all the way to the right. With the auto toggle engaged it can crank it up even further - to 600nits. We're not in the habit of bringing our test equipment on us at press events, so we can't confirm the numbers, but what we can confirm is that the G6 is brighter than the G5 at the maximum setting. 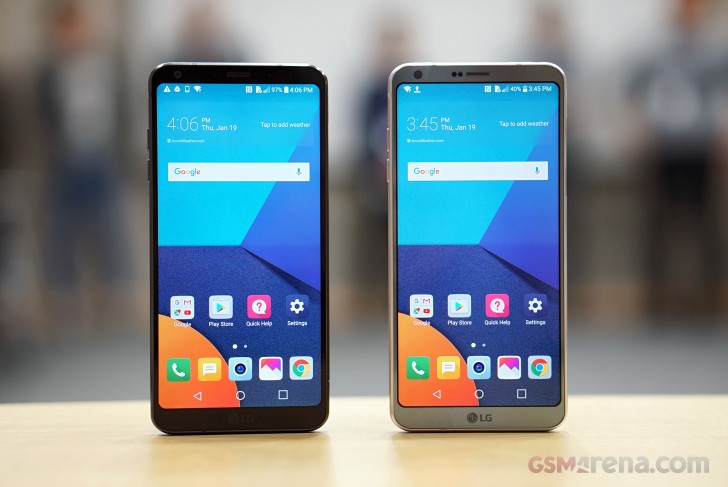 The display is nothing short of gorgeous

Dolby Vision and HDR 10 are also supported by the G6's display, which is great and all, except now, there's a total of 15 movies and 11 series that have been shot in Dolby Vision, on Netflix and Amazon combined. The selection of HDR 10 content is marginally richer. At least you'll be nicely future-proofed for when that changes, which is great, of course.

The corners of the panel are rounded, so you're losing a few pixels there that you'll have forgotten about once you're done reading this sentence. What you will appreciate is that the rounded corners give the display some extra toughness in case of impact, even more important on the G6 than on most other phones, because of the close proximity of the display edges to the physical edges of the phone. 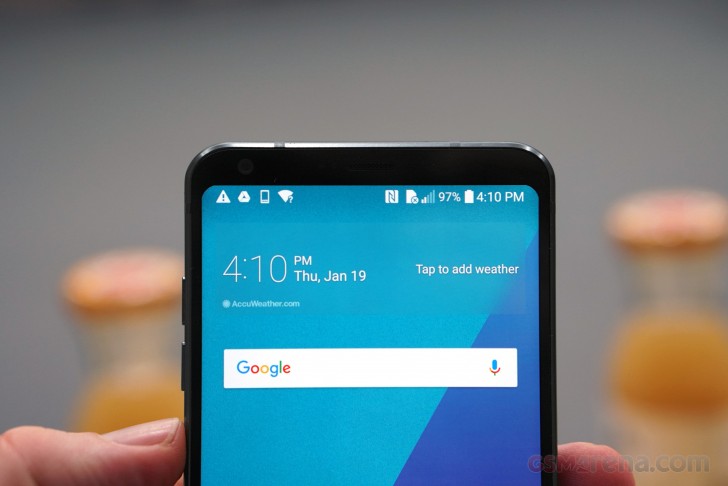 LG's done its extensive testing and statistics have shown that virtually half of the accidental drops see the phone land on its corner. A right-angled panel will face major stress concentrations, inevitably leading to its failure upon impact, while this rounded one distributes the energy better. Of course, it's not a rugged phone, the G6, so you'd better never get to test the durability of its design.

The display is covered in Gorilla Glass 3 for protection against scratches. LG went with the third gen of Corning's toughened glass for the screen as it's not as thick as later iterations. That said, the back is Gorilla Glass 5 as the extra thickness there is welcome because the back panel needs to stand on its own.

The back is coated against fingerprints, but seriously - it's glass, it'll get smudged. It's not a complete nightmare, and the Mystic White and Ice Platinum versions will hold up better than the Astro Black one. 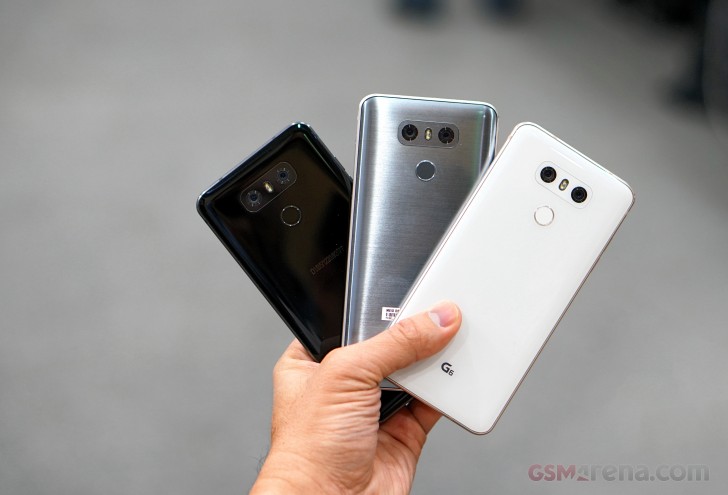 LG is also pleased to point out that G6's camera array is no longer sticking out like it did on the G5. Admittedly, it wasn't the most attractive aspect of the G5's design, and that's some cautious wording (...for an eyesore - there, we said it). The new design is a lot easier on the eyes.

One does look better than the other, no?

The fingerprint scanner is in this vicinity, well within reach of your digits when holding the handset naturally. LG took a jab at Samsung at the presentation for the rumored location of the Galaxy S8's fingerprint reader high up next to the camera, and the finger length you'd need to reach up there comfortably. There are no such issues on the G6, obviously. 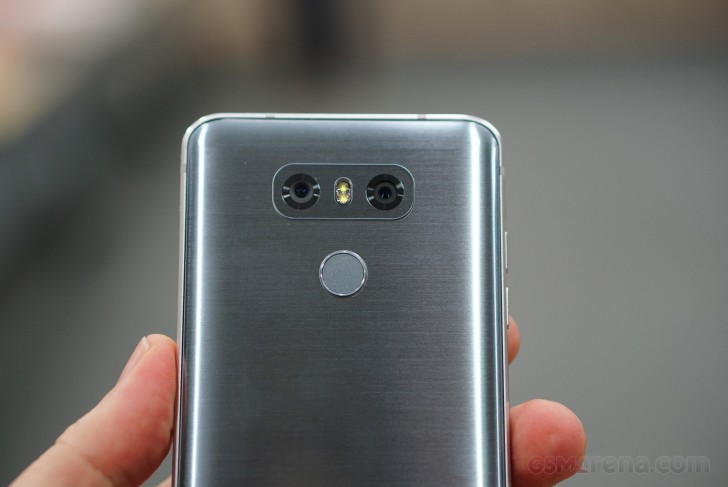 An aluminum frame holds the glass sandwich together and there's some extra thought put into that as well. The plastic slits that divide the frame have been moved away from the corners, keeping them relatively safe from high stresses and potential cracks, and cracks are where water can come in through.

Why yes - the LG G6 is IP68-certified for dust and water resistance. Other than the Optimus GJ from 2013 (IPx7), the G6 is the only LG smartphone to offer ingress protection. And even if the IP rating covers freshwater only, LG goes beyond that and specifically states that the G6 is seawater safe as well. We can think of at least one person here at the office that would have found that feature handy on a certain unfortunate Galaxy Note 3 back in the day.

I bought LG g6 phone 28 june and i am using it since there is no issue thankgod i am in nought i. Am having good battery timing now i want to go to pie bcz i wanna see whats interesting in pie version any of u which are using pie give me some suggest...