The LG G7's fate seemed uncertain throughout the last couple of months as the company's new leadership was reviewing past and future projects. Well, the new management also happened to think G7 is what the maker needs to do next, and here is our first look at the LG G7 ThinQ.

It's obvious the ThinQ moniker has stuck since the V30S ThinQ, for better or worse. The AI is handled by Google for the most part, as usual, while the AI Cam is all LG. Everyone is doing AI on their phones, so we aren't sure why LG insists on slapping this ThinQ to the name, but who are we to judge, right? 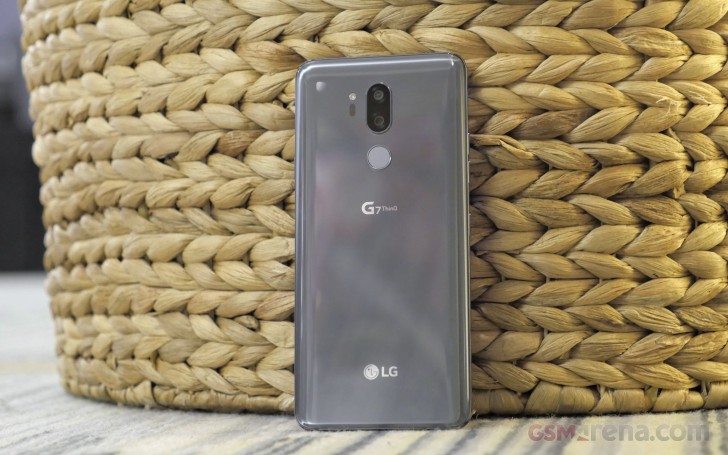 Anyway, don't let the name fool you. The AI on the LG G7 is just a small part of an all-around flagship-grade package. And while LG didn't release the G7 at the MWC for the sake of the competition, it seems the LG G7 ThinQ employs all tricks we've seen in the current flagship crop. 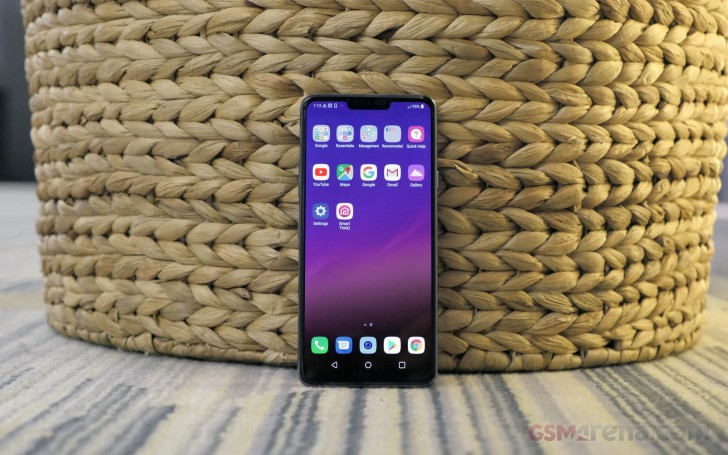 One thing that stands out, ironically, it's not the ThinQ, but the notched 6.1" LCD display with super-wide 19.5:9 aspect. The resolution is superb at 1,440 x 3,120 pixels, while the LCD panel utilizes RGBW subpixels for a very bright picture.

The latest Snapdragon 845 is onboard, as is an updated dual 16MP camera on the back. The design is more or less the same, but that's hardly a surprise nowadays. There is a new Boombox speaker onboard capable of room-filling loud sound. The full specs sheet follows.

And if you wondered what's the difference between the G7 ThinQ and the recently released V30S ThinQ, we've prepared this list for you. 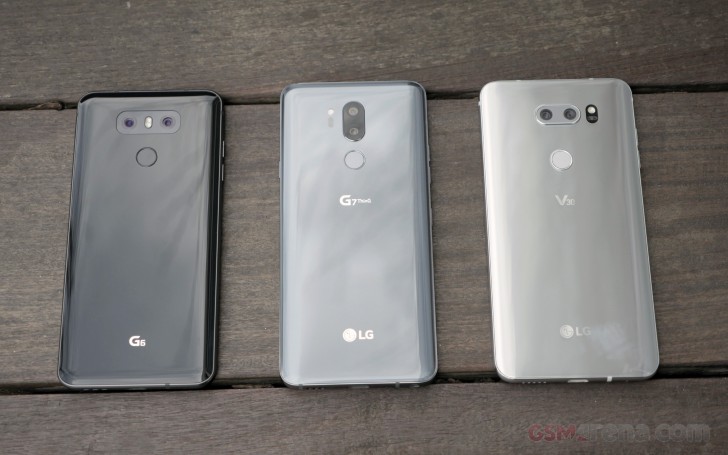 Obviously the G7 ThinQ isn't a massive upgrade over the first ThinQ smartphone, but it looks as up to date flagship as any. And now it's time to take a closer look at what's coming next month from LG, so let's meet this G7 ThinQ.

This hands-on review was published on 2 May. It's almost 2 months and there is no sign of the full review to show up. Do gsmarena team really forget about this phone? Even Xiaomi Mi 8 has already been reviewed by them.

It's disappointing more reviews aren't highlighting the high end audio gear of the G7, wireless solutions have their own compromises and aren't for everyone

You're right. I agree with you. In term of signal reception, I'm happy to tell you that it's better than LG G6. It now has better reception and much less signal lost, and also better at keeping on 4G network. For battery use, yes, it's not ...