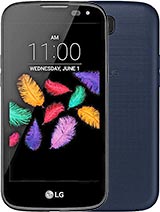 Jay, 12 Jun 2018The touch screen is flipping ridiculous, has a mind of its ... moreFRRRRRR broooo. the keyboard was always pressing letter that i never even clicked on, it held the letter down and spammed it for the longest time.

Swipe down from the top to turn on NFC

AnonD-275119, 29 Nov 2017I agree about the touch on the screen its hard work sometim... moreThe touch screen is flipping ridiculous, has a mind of its own most of the time. Sporadically touches places I'm not even close to, keyboard touch is waaaaayyyyyy of most of the time too. Will send a message that I'm not even done with because the screen glitches when touched and hits the send button out of nowhere. So sick of the phone honestly. Coverage is horrid, standing right next to cell tower and I've never seen full bars, I could be in the same spot and it's constantly 3g to LATE and back. I could go on and on.

LG has lost quality in these times, and many phones, in many aspects, are not as they were. The famous LG K3, has a camera that gives the desire to mourn honestly, is very poor in aspects such as the coverage, the quality of colors on the screen: Everything is wrong. I hope some day they think that they have to improve, because I believe that BLU is far above in many aspects such as the quality of the screen, the camera, the sensors.
If you want a phone with the same features, but with more improved features, you should try a BLU DASH X LTE, that even has no problems with coverage, has a great camera, has an HD screen (1280x720), even supports OTG , and in short, it is the most beautiful among all that I have found historically low-end.
Therefore, LG is not like before, which goes ... I prefer the BLU DASH X LTE, which is much cheaper, and with better specs. (In the sense of its advantages, for which the LG K3 loses in its entirety.)

If you do not want to suffer, it is better that you do not even buy it, spend less on an economic model like the BLU DASH X LTE.
And in fact, you can compare both phones here, to see the two, which is going to be better for you.

I agree about the touch on the screen its hard work sometimes.There is also a feeling of the case not shutting properly after opening to put battery in .If someone knows how to sort the screen problem it would be greatly appreciated or else its going back it is only 3 days old,K

JO1122, 16 Oct 2017This Phone suck ,terrible battery life,the touchscreen is v... moreThe phone is not bad for a phone with such price and such specs
If you want better phone then use your credit cards better :)

This Phone suck ,terrible battery life,the touchscreen is very innacurate and the camera is as good as a Motorola KRZ from 2005 please dont waste your hard earned money !

Anonymous, 22 Jul 2017Their isntenough internal memory I never have enough storag... moreWhat can I do to enlarge the memory..how can I transfer the phones data to memory card?

Their isntenough internal memory I never have enough storage space,

Rough on phones so I purchased one of these as a "work" phone a while back.
YES it is waaaaay short of features in more expensive phones but I'm not gunna
cry if I break the screen on this if I'm working somewhere... It makes calls, the
camera isn't great but its good enough for taking snaps and the bigger screen
is nice. It is what it is....

Miss K, 13 Oct 2016This device isnt all that bad people that are commenting ab... moreWow

K3 is plenty fast within limited specs for a low end.
Camera quality is inferior to a potato.
3gb of usable internal memory is not adequate for today's bloated apps. Not SDXC compatible. 32gb can only hold so much. Call quality is is quite alright. LED flash beats no LED flash for a low end.Nice and bright. UI is easy to navigate. Battery life is manageable. Charging the battery is a long process unfortunate. It's a better than nothing or better than other low ends with lesser features type of phone.