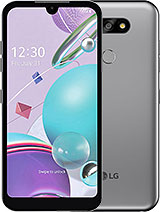 LMAO... You guys have your expectations too HIGH, this phone cost 150 USD settle down.

Wow Im glad that they're finally selling a compact phone in the US.

The k31 is the best phone I have ever used. I use it for social media, light gaming and web browsing it does all of this nice and smooth, the best phone for simple activities!

If they are selling 2gb ram phone..
It need heavy optimization...
Such as deleting cache file every boot

M1999, 02 Sep 2020I know some people who had Xioami phones (note that the mod... moreMy Mi 5s and Mi 6 works well for over 3 years without any prob. Most of my friends and family owned Xiaomi phones for long time and no prob so far. Whether its LG, Xiaomi or whatever there is chance u get faulty unit thats all. U probably hate Xiaomi and lie lol.

Anonymous, 24 Aug 2020Nah, Xiaomi 9A still loses to this If You compare The Displ... moreI know some people who had Xioami phones (note that the models are 3 and 4 years old) that had the worst screen quality ever. Number 1 (Redmi note 3 I think) had a non-responsive screen out of nowhere, the owner didn't drop it once, it was in a case and the screen didn't even have a scratch. Number 2 (mi mix 2) cracked while laying flat on the table on a part with no other stuff on it. Decided not to trust Xioami phones when buying my phone in 2018. My previous LG phone is still intact, only broke the plastic back case. My current is on its third screen with drops 99% wouldnt have survived so I forgive them 😂. I survived most bad drops (like a lot of corner drops on concrete)

Anonymous, 24 Aug 2020Nah, Xiaomi 9A still loses to this If You compare The Displ... moreThats not possible at all.
Xiaomi beaten LLG in quality and specs loing time ago.
Since release of Redmi 4X and Note 4 xiaomi is certainly better than most other brands.

CptPower, 23 Aug 2020120 eur??? Haha. 9A by Xiaomi cost much less and offers mu... moreNah, Xiaomi 9A still loses to this If You compare The Display and Build Quality

it's too late for sticking with p22 lg
damn

LG and Nokia they both uses outdated processors and the body to size ratio is strange. Sony and LG are identical in this aspect. I like their applications, they have limited applications which are inbuilt, unlike Samsung.LG should increase base memory from 32 to 64 GB. Unfortunately LG and Sony Mobiles are not available in UAE.

Its starting. LG is making mid range phones that is arguable for its pricing. Will be keeping an eye on them.

The battery is kinda small for 2020, also even with this power efficient chip is not enough to make it last long with screen on time against the competition... :(