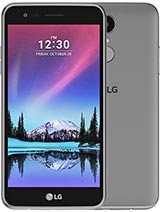 The main Camera is of 8Mp

its not that bad for the price if you got kids and you need to get them a first phone that cheap it will work plus with that low res screen mixed with a good battery size this will have great battery.

Anonymous, 23 Mar 2017People complaining about the specs, you understand that thi... moreAlso look at the Samsung j3 bad phone for the price in my opinion but it still has a lot more features and better specs than this thing from LG.

Anonymous, 23 Mar 2017People complaining about the specs, you understand that thi... moreYes, while the phone is pretty cheap you have to understand that many phone makes like xiaomi provide much more stuff for the same price (Redmi 4). Hell even Samsung has better deals.

People complaining about the specs, you understand that this is a 100$ phone. Do you?

There are people including me who like a phone with these specification,
Although a 16gb storage and 2GB RAM are welcomed and preferred but as it is now it is sufficient to watch 480p videos and messaging and if it is supporting cast screen then that's it.

Me, 24 Dec 2016So xioami its your class keiii,dont use premium brand then. TrimsSo much for premium brand. Why would I pay more just for the brand!!

Reading those specifications makes me feel nostalgic. Thank you LG for bringing good old memories back.

Lead2XL, 22 Dec 2016I don't understand how any OEM can put out a phone with suc... moreSo xioami its your class keiii,dont use premium brand then. Trims

This phone should cost $50 max... terrible marketing strategy by LG.

I don't understand how any OEM can put out a phone with such pathetic specs as the LG K4, only 8 GB of storage and 1 GB of RAM. Who wants this garbage? I'd be embarrassed to work at LG and represent this kind of stuff. I like 5 inch phones but too many of them are so low end they are off the charts. I recently bought a Xiaomi Redmi 3S with a global ROM, meaning no Chinese apps and multiple LTE Bands. It has SD 430, 3GB RAM and a 32GB ROM, not to mention a 4100 mAh battery, all for only 137 US dollars, beat that!!