LG unveiled the G8X ThinQ at IFA in Berlin and we were quick to take it for a spin. While strolling the booths at the venue, it turned out LG had brought some other phones we hadn't had the chance to play around with - the recently announced K50S and K40S. 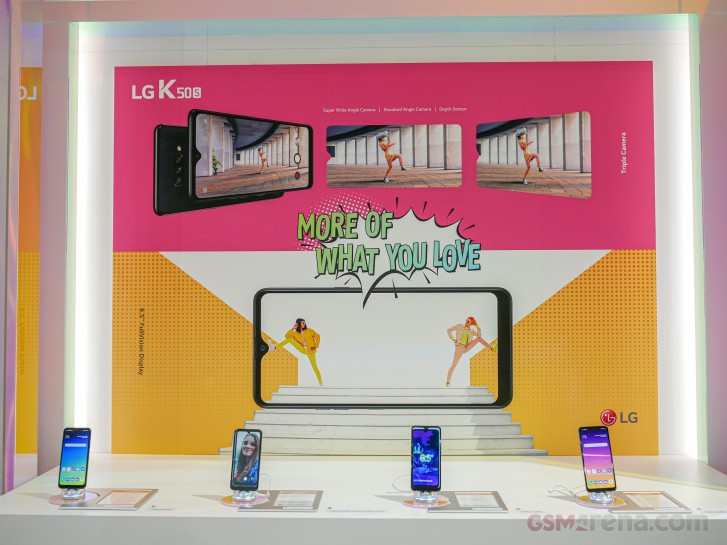 Distinctly unpretentious, the two K-series handsets prioritize affordability over the greatest of specs and come with Mediatek Helio P22 chipsets, 32 gigs of storage and 3GB of RAM (the K40S can also be had with 2GB or RAM). Dedicated microSD slots mean you're not limited to those 32GB either.

The K50S is the bigger of the two, featuring a 6.5-inch display. It's an IPS panel with a 1520x720px resolution in a 19:9 aspect offering a modest 259ppi. It's not overly bright either, though the venue floor is perhaps not ideal for judging that. 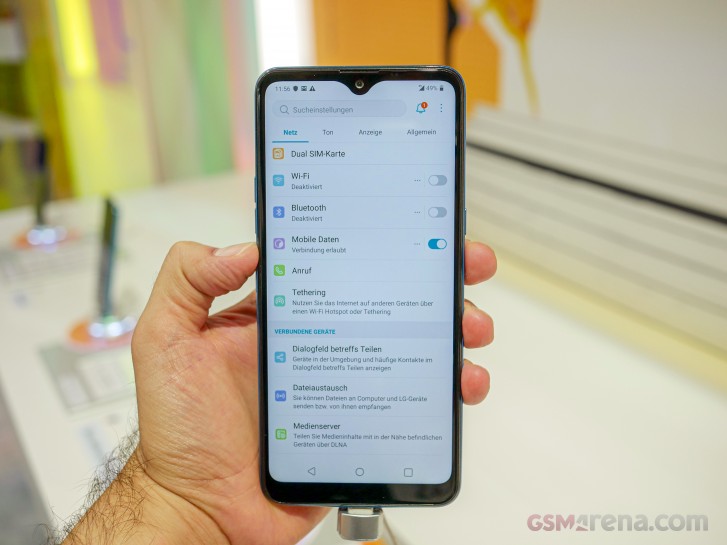 The plastic unibody looks a bit warpy - the reflections don't maintain a straight line. The glossy back is also very welcoming to fingerprints while the glittery effect underneath has a particularly tacky look. On the other hand, who are we to judge you if you enjoy some sparkle in your life. 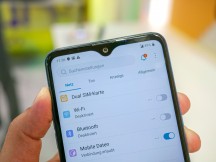 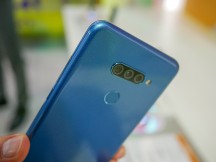 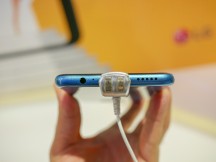 The K50S has a triple camera on the back - a 13MP main shooter, with a 5MP ultra wide angle module and a 2MP side kick for depth sensing. Over on the front there's a 13MP selfie camera in a waterdrop-style cutout in the display.

The K50S is a big handset, there's no denying that. It's a few millimeters taller than even the Galaxy Note10+, our current benchmark for big phones. So the K50S is to be handled with both hands pretty much all the time - you can take a picture with just the one hand, but that's about it.

For a slightly more compact phone, have a look at the the K40S. At 6.1 inches it's not strictly tiny, but is a notch less bulky and more manageable. It does have a thicker chin though, so not all of the gains from the smaller display are utilized. 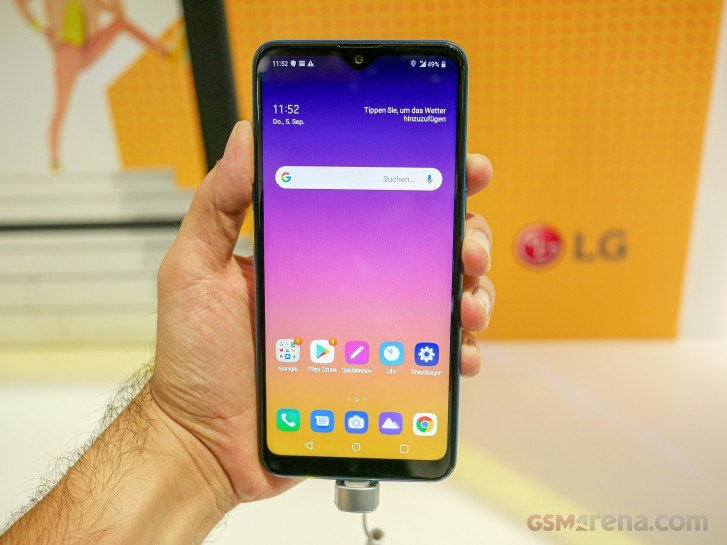 The K40S' display is smaller but keeps the same resolution as the larger model so it's slightly more pixel dense. It's not exactly sharp per se, just sharper. The selfie camera is the same only here the notch is more U-shaped as opposed to the fluid shape of the K50S' design. 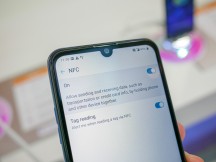 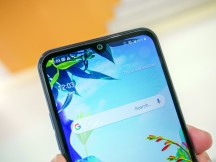 The K40S drops the dedicated depth sensor and only comes with the 13MP+5MP camera combo. 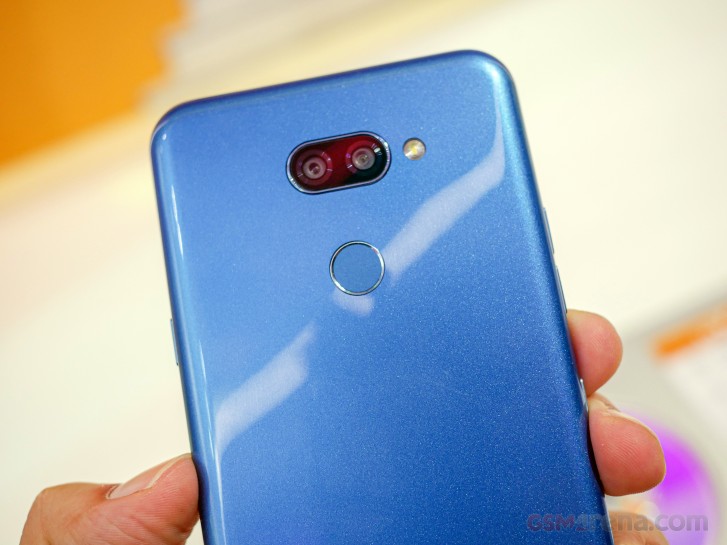 While very similar on the K50S, the K40S busy left side is almost disorienting - there's a couple of card slots, an Assistant button and two discrete volume buttons. And that's on top of the power button on the right side. 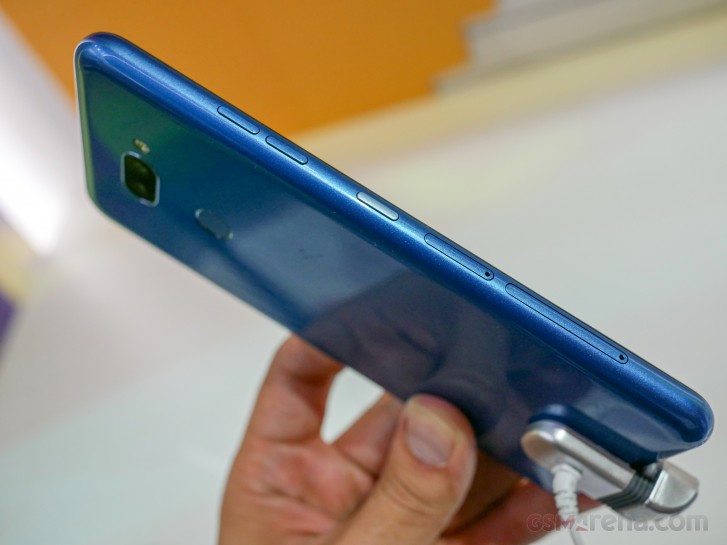 That's all we've got on the LG K50S and K40S. They're not particularly exciting, but will likely offer a good entry-level experience at the right price.

What a silly comment, please go to the green peace site to air your views!

One thing LG is forcing US ALL (the whole planet) to is to the loss of life. Irrational processing of rare earths contributing to the production of more pollution and that is a loss of life which the K4/50S's bring upon us all. The above i...