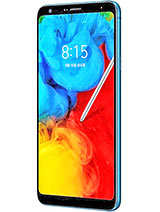 Yesheis, 11 Aug 2018i overlook screen size, and yes it has different class than... moreI have no idea, it's a bit strange because last year they also came with a Q8 which was a cheaper V20 that time. I agree it is confusing.

JACKASS, 09 Aug 2018LOL, U guys think this phone is Expensive?? - IP68 dust/wa... moreActully the Chipset used in the phone is in question. With that price tag, it should be atleast a Sanpdragon 650. The phone would not feel nice if its laggy with that price tag.

Actually some people don't understand the concept. It is Chipset that specify a phone to be low or mid or high not extra features. At least if they want to chart real midrange price over 300 there should be midrange chipset on board. At least Snapdragon 625 is runs very good and it is the most efficient for battery life. The are phones with upper midrange chipset snapdragon 660 which are charging same price and even lower. Verily, this phone will not sell any better in till it come down to around 250 dollars.

Indeed this phone looks nice but I hate the way they mixed the low specs with high specs to charge midrange price. The same mistake Nokia did with Nokia 6 the they later redeemed that image. Any moment you opt for low end Chipset the phone is still low end phone. At least Snapdragon 625 or 636 would have been ok. But as it stands now it should be sold at around $200.

Aadrian , 09 Aug 2018Q7 is a cheaper G7, whereas Q8 is a cheaper V30.i overlook screen size, and yes it has different class than Q7, but why on the same line-up "Q" series? Q series should be like G mini, they should put on different name.

hello, this phone come to europe?
looking for a big phone
note8 so expensive for me, maybe xiaomi mi max 3
or this Q8 will it be expensive?

Dont u think those features Enough For 420 Eur??
XIAOMI? Dont have That features
Huawei? Wow its the same

Guys think twice before buy LG, they even abandon their flagship.

Anonymous, 07 Aug 2018for this price you can get an honor 10 way better than thisHuawei phone no dts no mild std no ip68. Only rely on big battery and bigger ram

Please Don't buy any LG phones. I am an LG Smartphone user.
Reasons for '' Not to Buy''
1)Poor Software. They are Still following their Customized UI. Don't provide stock android.

3)Color Reproduction is poor. Colors on the screen are not well saturated and not
punchy too.

5)Front Camera - They provide only 5mp front camera for their flagship smartphones.

TPAA, 06 Aug 2018People are comparing this phone with other Snapdragon 450 p... morefor this price you can get an honor 10 way better than this

Will it become available in Europe or again not?

Somes brands apparently haven't realised they are in 2018. They fell asleep a the wheel and nobody is kind enough to wake them up. With this type of offering, the demise of LG is just a matter of time. So far are they as a company when they launched the g2.