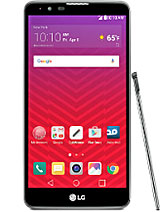 Anonymous, 24 May 2021How do you set the alarmGo to Clock. Then Alarms.

Ive had thisphone since it came out in 2016 and am so happy with it every things work fine no scratch (many time it droped from my hand and bed but its awsome)
The only thing i hate is the battery its only 3000mah
But nit that much worst i used this phone for 4 years
Oh and also after a time its camera becomes wick..

i wish it worked with a mouse and keyboard

pls, i had an issue on d connectivity ..my phone internet does not work anytime i want to connect to d internet..i au tried my best to fix it..but its not working ..pls who can help me solv d problem.

I've had this phone since it came out in 2016 on a boost mobile number. Its still in great shape..no cracked screens and I never even used a screen protector or a case. I dont talk on the phone a whole lot or even surf or listen to music from it. Just talk semi occasionally , text and use the gps when I travel to parts unknown. I bought some extra batteries off Amazon so I could swap always have a fresh battery if I needed it . By 2020 standards this thing is a fossil but she has been thru a lot ...time to retire her with honors..

I've had this phone since it came out 4 years ago. the back plastic is cracked, and the screen is separating from the frame. it still works, and I've put it through hell. granted I'm on my third case, a hard one to keep the screen from lifting up. the charging port tends to come loose and then not charge the phone, so once a year it is necessary to take it to a phone repair. it does have a removable battery so an extra is recommended. the battery became unusable after 3 years. somehow the self camera is better than the back camera. speakers still work but its super annoying that they are on the back. apps take on average 5 seconds to open. minimum bloat, dosnt have FB permamently installed. ive never used the stylus. going to keep using it until the second battery dies, the screen comes off entirely, or i accidentally destroy it.

can u connect this phone to a TV by screen mirror or smart view?

Just got one given to me by my brother, it's an okay-ish phone.

I curse this phone daily.
My husband and I both bought the same model on the same day. He has no complaints, but he just makes phone calls and does messaging. I (try to) use mine for a lot more functions that him. This phone glitches out on me constantly with just about every single app. The running gag in our house is, "If they find my dead body on an abandoned road, it's not that I didn't try to call for help."
It launches music randomly. It often won't play music. It freezes up a lot. It shuts down phone calls. It alternates between being insensitive to tapping and overly sensitive. Sometimes the stylus pen doesn't work. It won't keep up with my texting input so misses out a lot of the letters. It regularly won't show me texts or messages unless I do a full shut down. It often won't let me so shut downs and restarts without removing the battery. It sucks battery power. It pairs easily with some outside devices - on some days - and then goes through times when it refuses to pair. Heaven forbid I should try to stop casting Netflix or Youtube.
This phone makes me want to kill myself.

I've been using it for over 2 years now.It still works perfectly fine.Gotta say, this thing is amazing.

I've had his phone for 3 years now, the only true issue I have now is connectivity, but that is more of a network issue than anything. My co-workers all have Verizon carrier and I now have Boost. They all can send/receive messages and phone calls, however since I have Boost, I can not.

Anonymous, 22 Sep 2019I've had the LG stylo 2 for about two years. It started of... moreOne and a half years is a pretty good run for a midlevel phone.

Anonymous, 22 Sep 2019I've had the LG stylo 2 for about two years. It started of... moreThe phone is good it's the software that sucks and especially after T-Mobile took over.

I've had the LG stylo 2 for about two years. It started off great, I was so excited to get it. After about a half a year it started glitching and booting me off apps I was using, the wifi would randomly disconnect and everyone else in my house old could use the wifi. Also, it would take forever to load something.

Purchased my Stylo 2 in Feb 2017 from Boost for $69.99 online. It was a cheap phone to replace a garbage ZTE I had purchased that was the worst phone I ever owned. I went cheap but still wanted a stylus so here we are.

September 2019 the phone has proven to be a TANK after 30+ months of daily use. She has never glitched out on me, and to my memory I don't believe I've ever done a factory reset! She did update to Android 7.0 a while back, but that is no longer supported so she's on life support.

This phone has solidified me as an LG Fanboy, it's pretty slow in 2019 but still functions with any of the light games or browsing I use it for. But just the fact that it's been the most reliable and durable phone I've ever owned amazes me. Still shocked one of the cheapest phones I've ever owned which was outdated when I bought it, has become my all time champ for reliability. She's not a supermodel but I know she's there for me when I need her.

Have had this phone for three years and NEVER had any problems. Tough as nails and continues to work great.

This phone is literal garbage compared to any high-spec phones or even any budget phones that are out. The only reason I have is because it was free.