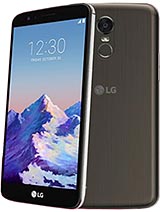 Mine recently died after 4 years absolutely loved it

Six years on - still going strong. Reliable and functional. Other phones are inferior.

Had to reset phone. It keeps on telling me Google play has stoped. Please help

Mine i've bought it as newcomers in the year 2017 at the telecom shop but am tired of using it coz its never disappoint me its still running best 👍 no freezing no crashing nothing whereas i've just bought a samsung Galaxy S20 this one believe me or not its freeze and sometimes its crash while playing games...and funny facts its that my lg stylo3 have been washed inside my pocket in washing machine i've just dryit up n to my surprise its keep working n found its more rapid also 😋

Anonymous, 10 Oct 2020Had mine for 2+ years, no problems on medium usage and can ... moreGlad to hear yours is working well too.

Bob S, 06 Oct 20203-year ownership update: I've now had my phone (inter... moreHad mine for 2+ years, no problems on medium usage and can see many more years use. Good piece of kit for everyday use, phone, text, internet, picks . Really glad i bought it. Have they made a new 1, may be interested, like the wide screen.

Bob S, 06 Oct 20203-year ownership update: I've now had my phone (inter... moreAlso, something interesting to point out: if this phone had been released back in 2012, its specs would've propelled it deep into flagship territory. That's right; what we take for granted today was considered pushing the envelope only a few years ago.

Anonymous, 12 Apr 2019This phone died after 6 months. Worst choice ever. Sorry to hear that; perhaps you received a defective unit. I've been using mine for 3 years and I've never had a problem with it.

3-year ownership update:
I've now had my phone (international version; model M400DF) for nearly 3 years, since I first got it in late 2017. And wow, this thing still functions like new. It's snappy and responsive, never crashes or freezes, and lasts up to a week with moderate use. The hardware is also holding up very well; despite having dropped my phone quite a few times, it's none the worse for wear aside from a few dead pixels (unnoticeable unless the brightness is turned all the way up) and a tiny chip on the plastic back cover. I can easily see myself using this phone well into the next decade, as it's more than sufficient for calls and texts, especially since I now have a Samsung tablet as my primary media device. Furthermore, none of the mainstream smartphones on offer today can give me the features I'm looking for (user-replaceable battery and non-AMOLED screen), so I'm stuck with using this phone until it stops working entirely.

I have no problem for phone performance its fast, even it was release long before still can able to coupe new release phone. only problem i have with this phone is the data its kinda weak, its crashes my app when I use the data and also no update what so ever. I planning to buy a new phone but I wont let go of this phone.

LG phones are very good. I have had Stylo 2, stylus 3 plus. They don't get stuck nor frozen. They are fast. and can comply with many basic task efficiently such as navigate on internet, support big apps and playing games on it. The only issue as always is the battery, you better buy a new original battery once every year.

i want having this phone,is it good ?thx

This phone died after 6 months. Worst choice ever.

Milo, 21 Dec 2018Can anyone really tell me why this device, I.e. LG Stylus 3... morei had the same problem with my doble sim version but... follow the last security update...the charge is going fast ....it takes just a little time to full battery..update your phone and tell me what´s going on..repply me..

Bob S, 19 Mar 2019Owner of the M400DF version (32 GB, dual SIM). I've had thi... moreAlso, I noticed an error in the specifications page for this phone. It says the Stylus 3 has NFC, but mine doesn't. Maybe it's only available for the Boost Mobile version (LS777) and not the international unlocked version (M400xx)? If an admin can update that, it would be great. Thanks!

Owner of the M400DF version (32 GB, dual SIM). I've had this phone since 2017, and it's still going strong like when it was new. Plan on keeping it around for another 5 years or more.

I'm also pleased that LG is continuing to support this phone with updates, even though it isn't a flagship. A lot of other phones don't get that love, and are EOL (end-of-life) the moment they leave the assembly line. Glad this one's an exception to the rule.

Milo, 21 Dec 2018Can anyone really tell me why this device, I.e. LG Stylus 3... moreUse a fast charger. I have this model, it is a good phone but charge is slow.