At the day of the Galaxy S4 event, LG officially announced its Smart Video feature for the Optimus G Pro, and later Samsung touted a similar Smart Pause feature for its flagship. 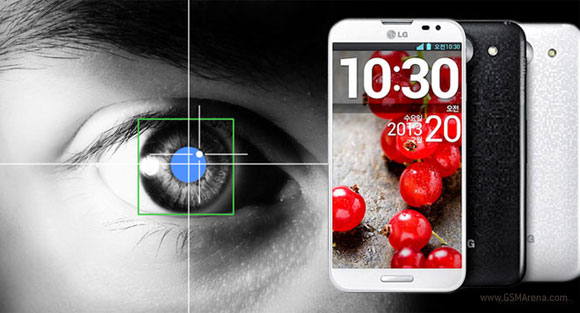 As a result, LG says Samsung violates its eye-tracking patent with Smart Pause. The patent in question is applied for in 2009, but LG suspects its domestic rival of violating more patents dating as far back as 2005.

LG will start investigating once the Samsung Galaxy S4 hits the market next month. Naturally, Samsung denied the accusations, stating that it uses different methodology to implement its Smart Pause feature.

We'll see if LG and Samsung go in court over the eye-tracking patent in a month when both the Optimus G Pro and Galaxy S4 will go on sale.

smart pause has been around since the s3 which is before the optimus pro so theres no way samsung copied lg. lg basically copied samsung, down to the design and button shape and placement, look at the lg flex, they copied the samsung curve tv. ta...

You do know that Optimus G Pro has Eye Tracking? Right? And we all know that the Optimus G Pro was already launched weeks ago and the S4 just recently right? So I dont think LG is just seating on patents. :) Their working, and Samsung is just copying...