While Samsung and Huawei are aiming to usher in the era of foldable phones with the Galaxy Fold and Mate X, LG has taken a slightly different approach.

When the company launched its LG V50 ThinQ at MWC, it released an additional screen case which attached to the phone resulting in a makeshift foldable phone. The Dual Screen folio case came with a 6.2-inch OLED panel and offered users the utility of a secondary screen for multitasking, playing games or taking photos. 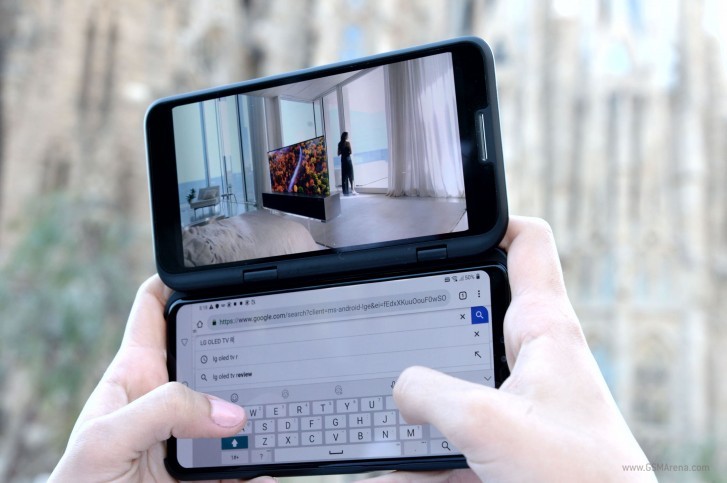 Now LG is looking to build on that with the upcoming V60 ThinQ, which will be announced at IFA Berlin this September. The company released a short teaser hinting at the utility of the second display.

If you look closely you’ll notice that the second display looks to feature an identical screen size to that of the actual phone. This would be a step up from the first gen secondary display which came with a smaller diagonal and thicker bezels. In addition, the second-gen Display Screen case will also feature a small outer display for notifications, time and date.

While we don’t have more details now, we can expect more news on LG’s upcoming device before it gets announced on September 6 in Berlin.

This is wonderful news.

Of course not. That was my point. Some OEM's dosent know what consumers need, and there are consumers that dont know what thay want. Many brands like hiaomi, lenovo, asus, vivo, oppo are prucing the products very aggressively. more peopole are choosi...

When you say companies can do what they want, does that include selling a 1000 dollar flagship they boasted as the first Nougat phone out of the box, and they proceed to forget about it after dumping Oreo? Oreo, two years after selling it?