Why choose between ultra-wide and telephoto, when you can have both? That's precisely what LG thought when designing the V40 ThinQ, the first smartphone to go both wider and longer than 'normal'.

LG was the pioneer in ultra wide angle phone photography, but others didn't seem to think it mattered. Well, they're coming to their senses, some (Huawei) quicker than others (Samsung, maybe?). Meanwhile, LG has been guilty of not having a telephoto lens and now that's been fixed too. We don't doubt that eventually, every high-end phone will have all the cameras, but we're still in the realm of firsts.

With so many of them happening recently, we almost got carried away - the V40 ThinQ is, in fact, the first phone to come with 5 cameras (in addition to the three on the back, there are two more on the front) - hence the Penta Camera moniker. And they are, in fact, 5 distinct standalone cameras - we're looking at you and your 'depth-sensing camera', Galaxy A9 (2018). 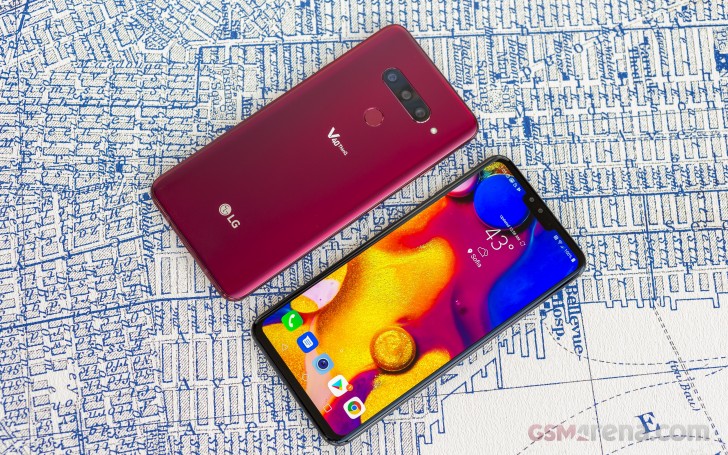 Cameras to the side, the 6.4-inch V40 is the largest-diagonal V-series LG phone, for those keeping records. The must-haves that no longer make headlines include the Snapdragon 845 chipset, 6gigs of RAM and 64GB/128GB of storage which 1. is expandable and 2. opens the possibility for a top-spec V40S+ (or something) version with, say, 256GB.

We'd have liked to see some more battery inside the V40, and we wouldn't be ourselves if we didn't complain about the dated OS version at launch - Oreo is no Pie, to state the obvious. Also, we're not saying it's that big a deal, but LG could have just kept it simple and spared us the 'ThinQ' part of the model name.

The V40 ships in the same nondescript matte black box as all recent LG flagships - that is, LG doesn't bother too much with first impressions. On the inside, there's a nice surprise - a cleaning cloth. Actual phone aside, you'll get a Quick Charge 3.0 charger (rated at 9V/1.8A and 5V/1.8A) and a USB-A-to-C cable to go with it. 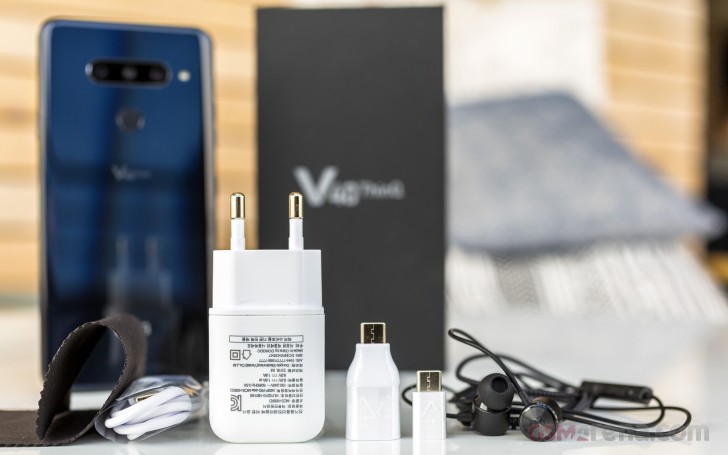 Inside the box, you may or may not find a couple of adapters - USB-C to microUSB and USB-A to USB-C. That appears to depend on the market as our Korean-bound bundle has them, while the one for the US doesn't - not that you'd really miss them. Both units have a pair of in-ear headphones with braided cables and an in-line remote - we can then speculate those will come in the box regardless of region.

Hi guys..Bought mine back in January 2022..Running on A8..It's a dual..Model is LM-V405EBW..Been trying to get updates on it like software and stuff but it tells me I'm using the latest software..I wanna update it to A10..is there anyone wh...

No. I bought mine November 2018 and it still runs beautifully. I am a power-user. I play games, watch 4k movies on it, I use it for everything, and I haven't seen any slowdown at all. Also, I have not done a factory reset. I'm still run...

Please guys does the lgv40 lag when used for some time