LG has pulled the curtains off its sixth V-series phone - the V60 ThinQ 5G. It brings the latest Snapdragon 865 chipset alongside Qualcomm’s X55 modem which supports both flavors of 5G, mmWave (higher bandwidth) and sub-6GHz (better coverage). In addition, LG brought a new dual-camera setup with a 64MP main sensor, a beefier 5,000 mAh battery and a revamped Dual Screen accessory. The V60 ThinQ comes with a large 6.8-inch FHD+ OLED panel with a tall 20.5:9 aspect ratio. The waterdrop from the V50S is carried over and now holds a 10MP selfie cam. The display also houses a built-in fingerprint reader and features Gorilla Glass 5 protection.

Going around the back we find a ToF sensor and a pair of cameras - a 1/1.7" 64MP main shooter with OIS and 13 MP ultrawide snapper with a 117-degree field of view. The phone is capable of 8K video recording with support for HDR10+ in manual mode. 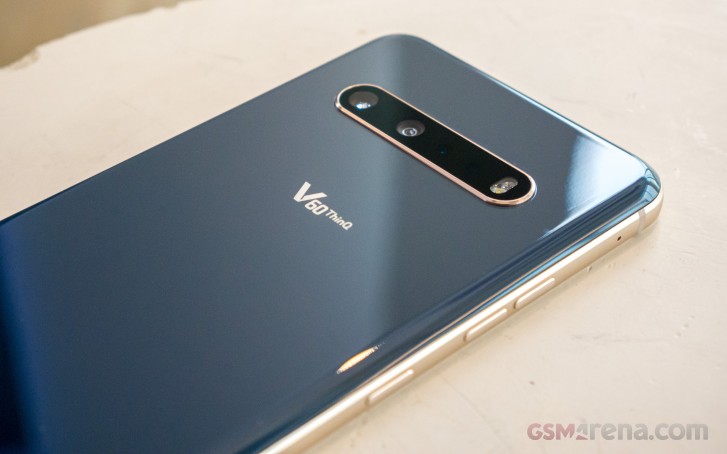 The Snapdragon 865 is paired with 8GB RAM and 128GB storage which is expandable via the microSD slot.

The LG V60 ThinQ is IP68 dust and water-resistant and MIL-STD 810G compliant.

It runs Android 10 with LG UX 9.0 on top and sports a dedicated Google Assistant key on the left-hand side. Keeping true to its roots, LG once again brought a 32-Bit Quad DAC, stereo speakers and a 4 microphone setup.

LG also updated its Dual Screen accessory which now boasts a 6.8-inch FHD+ OLED panel with a 360 Freestop Hinge which can be used in laptop, stand and tent modes. There is also a new 2.1-inch notification panel with convenient always-on functionality. The second screen now connects via the USB-C port and unlike the one from the V50 lacks its own power supply. 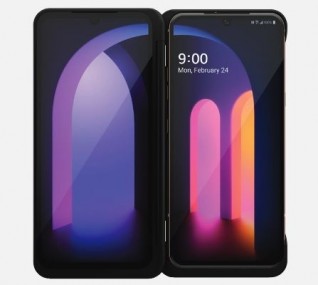 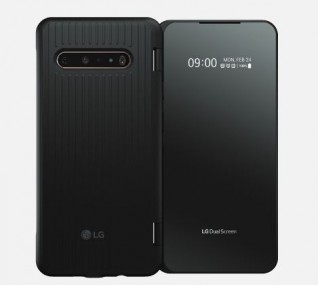 The LG V60 will be available in blue and white colors and is coming later this spring. Pricing is yet to be detailed.

I sort of agree with you, but the lg v60 thinq's 2 screens are larger than the xperia's 1 in total, and bigger screens still use more battery life. It's not like a 1440p 13 inch display uses the same battery life as 1440p smartphone display. Plu...

Bud that 5000 mAh battery would have zero problems handling two 60hz 1440p OLEDs. Use some common sense. The Z5 Premium from Sony had a 4k LCD. That's only about 12% fewer pixels than this if it had 2 1440p OLEDs at the same aspect ratio as the curre...

They downgraded the resolution because of the dual screen accessory, it would have been an overkill for the battery with two WQHD+ OLED displays.