LG's upcoming W-series are hoping to make an dent in the budget Indian market. The company previously teased triple camera on the back and a waterdrop-styled notch on the front for its first member - W10, but now we have more specs thanks to Android's Enterprise website. 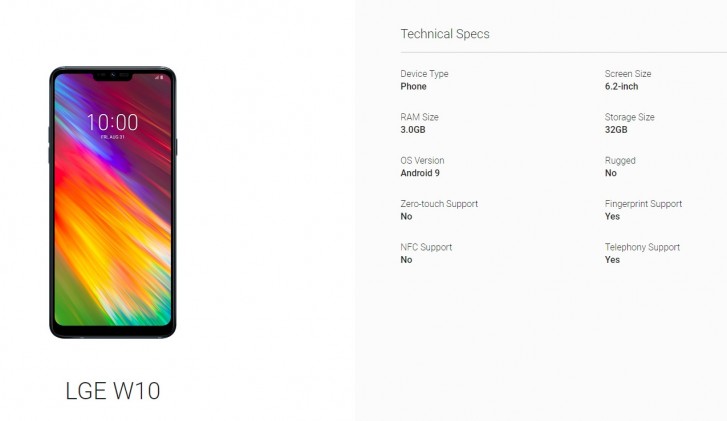 The listing says the W10 will have a 6.2-inch display, 3GB of RAM, 32GB of internal storage, a fingerprint reader and Android 9.0 Pie running out of the box.

Oh, and the image shown on the listing isn't the W10. It looks more like the G7 Fit so we would have to wait a bit longer for accurate pictures to show up.

Man when LG joins the Android one program i will think about it othervise i am not interested in almost dead company about which soon we will read only from history books. I dont hate i just do like when new OS is released once per every 18 months...

Not worth it ... we need full spec also when will the next series will be rolled out

I am shocked. LG is so slow with updates i am shocked its not released with nougat or oreo in better case.