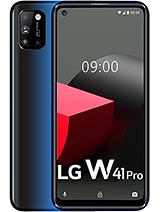 Supus, 21 Apr 2021I hope the HTC, Sony and Nokia next.Next is Samsung, Apple and Huawei

i have smartphone lg phone k10
very good
thanks for k10

The last phone they make is this, does it really oners the special phonebrand lg was

RIP LG. Y'all had a good run. 4.5 billion dollars! The board did give you a wide berth but alas!

Rest in Peace LG, you gave us many great phones and inventions.

This was a company that was never afraid of trying new things, and out of all the new things they tried, they gave so many cool things. UW lens, QHD displays, the LG Wing etc. and the list goes ONNNNN. We will miss you LG

I hope the HTC, Sony and Nokia next.

Smartphone market is too crowded nowadays especially when Chinese makers entered this market where they sell their phones fake or not as cheap compared to other companies. Poor LG seems lost the competition.

Lg were the only innovators in android Market.
Now the are gone.
I am sad.
Plz come back LG.
Now who would do innovations?

Anonymous, 11 Apr 2021What are the differences among LG W41 Pro, LG W41+ and LG W41?no different and one thing for sure you will not be able to see the latest version of this phone in the future...

It was not very cool of LG making this their last phone in my opinion.

F for LG, the underdogs of smartphone industry. If it wasn't for G5 these days could look different for LG

B'bye LG. Never had any of your phones but man weren't they cool

This is LG's last phone, and it sucks!