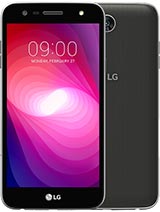 It's basically a battery with a phone around it. The battery is the best thing about it. Screen size is decent. That's about it for the good things. The phone is not fast, and started hanging at random times after a year, so not durable. Wifi is often problematic too.

Nice smartphone... In its era (mid 2017), maybe it was the first smartphone that has android 7.0 nougat for low-end smartphone. It also has big size battery about 4500 mAh, meanwhile at that time mostly low-end smartphone only has about 2500-3000 mAh battery. The rest like ram, storage, camera is average. Don't expect too much from its mediatek processor because it is a cheap smartphone.

This has an amazing Battery even after 3 years!

How to flash this phone?

Rodzarce, 17 Jun 2019Upgrading to 8.1 is it good result or not? Please reply for... moreNo it’s not good my phone got super slow

SCOOTER, 07 Nov 2018I have an LG X power 2 (LG-M320G) PLEASE!!! Is there a... moreHey, I've been having the same issue. In my case, the fault is a defective aux port - it's a bit too wide, so the connection is weak/faulty. I work around this by holding the plug towards the contacts, but when I don't feel like holding my phone I just stick a piece of paper next to the plug so that pushes it for me (can be hard to get out sometimes, take care)

Upgrading to 8.1 is it good result or not? Please reply for those who already try updated to 8.1

I bought this mobile from 9 months ago.
The best thing in this mobile is its amazing battery and It is cheap to purchase.
But..
It is little bet slow, if you use the mobile for more than half an hour it will be hot and you will feel the temperature on your hand and your eyes will be stressed.
the back cover scratched easily in the edges. Also, the speaker position is in the back bottom of the phone which lead to weak sound if you but the mobile on a table or you put a cover for it.

This phone is great! I love the battery (with my normal use I can reach the end of working day with still 40 %). Also the screen size is not so bad (I can use Lotus Notes and read email without zoom in). It is a bit heavy but the battery performace should be payed in something right?
I recommend it.

The phone is amazing the battery is the best it lasts for quite a while my phone still hasent died the lowest it has been was 12 percent but with that fast charging feature it goes from 20 to 30 in a few minutes which I love.
I recommend this phone

The phone is amazing the battery is the best it lasts for quite a while my phone still hasent died the lowest it has been was 12 percent but with that fast charging feature it goes from 20 to 30 in a few minutes which I love.
I recommend this phone

I have an LG X power 2 (LG-M320G) PLEASE!!! Is there any way I can increase the volume other than the green volume control up top. Only six months old with a Full battery charge and I still can't hardly hear the thing even up close or with the earphones connected ?????????????

It’s a preach good phone, still hasn’t died battery is good camera is good as well get it instead of an apple product

Anonymous, 24 Apr 2018I have it for 8 months, and it sucks. Relatively cheap phon... moreStop downloading the updates and watching so much porn......then youll be just fine

Anonymous, 22 Dec 2017I let my battery get down to 15% two days ago before chargi... moreWhich app did you get the LED notification?

I have it for 8 months, and it sucks. Relatively cheap phone with nothing interesting in features. The so-called "Power" function makes NO difference at all, because LG started to KILL the battery life with their fantastic updates. Before the update (3 months ago) it worked for 5 (!) days with average use. Next day when I downloaded the update, the phone works only for 1.5-2 days at most.

They did it. Oh, yeah. Just like with my previous LG G3 (at last, it worked for 5 hours, after an update - with a brand-new battery...)

I DO NOT recommend it at all.

Phone doesnt work properly. Wont power up. Have to press on button twice to get it to come on. Tap on and off does not work. Camers sucks bigtime battery life is no longer than other cell phones. Nothing good or new here.