While it's having none of that foldable action, at least so far, LG is apparently working on a rollable smartphone, that was pictured in 3D renders in August last year. Those renders are based on a patent LG filed for, and sometimes with patents nothing actually comes out of them in the form of a real product.

This time things seem to be different. According to a report from LG's home of Korea, the company will launch the rollable smartphone currently codenamed Project B at some point in early 2021. 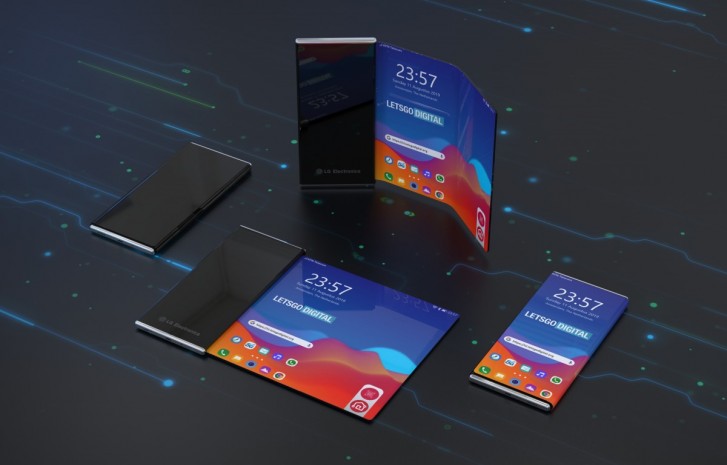 Interestingly enough, the display panel will be provided by BOE, and not LG Display, for whatever reason. Prototype production is already underway at LG's factory in Pyeongtaek. Around 1,000 to 2,000 prototypes are produced, and it usually takes three to four rounds of prototypes before a final product stage is reached.

Project B is meant to reestablish LG as an innovative player in the smartphone space, where it's been losing money for 20 straight quarters. This device should remake LG's brand image, and it's named after CEO Kwon Bong-seok.

Alongside Project B, LG is said to be launching a traditional-looking flagship phone in the first half of 2021, codenamed Rainbow, and a "horizontal" smartphone coming in the second half of this year, codenamed Wing. It's unclear what exactly this entails.

It continues to be lost on some of you that the display and semiconductor subsidiaries of these conglomerates (ex. LG, Samsung) are as separate from their mobile devices divisions as their major appliance subsidiaries are. An LG Mobile device using ...

As long as its screen will be durable like fold is completely useless to be honest.

that's what they said about phablets!