Live photos of an unreleased BlackBerry device surface the internet

All the buzz regarding BlackBerry has mostly been about the company’s newest BlackBerry KEYone, which was officially announced over the weekend at the MWC. Just today, a couple of new photos emerge from the internet showing off a lower-end BlackBerry device targeted for the Indonesian smartphone market.

The one you see in the pictures below is not actually built by TCL. Given that BlackBerry has continued to carry momentum in this market through the past several years, BlackBerry device hardware has recently been licensed to PT BB Merah Putih for the manufacturing and design of these smartphones, and this is the same company that is allegedly building a new lower-end model. 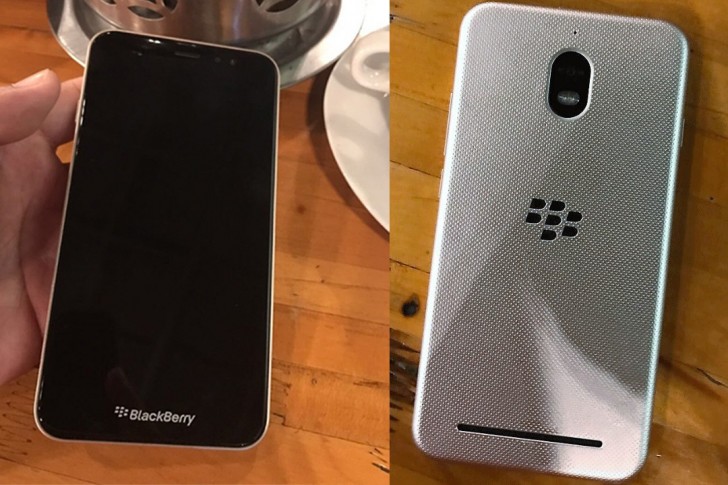 A 1.4GHz Snapdragon 425 is said to tick in the unreleased BlackBerry. There are also 4GB of RAM, a large 5.5-inch 720p touch display, and 32GB of internal storage. As is customary for global markets, the device would have dualSIM card support. Finally, a 3,000 mAh battery is said to keep the phone chugging along. Given that the phone uses a 425 chip and a 720p display, we’d expect an above-average endurance score.

As per CrackBerry, the BBC100-1 was already certified in Indonesia just over a week ago and there’s no knowing if the device will ever make it outside the Indonesian market. It would not make much sense, since there are already a couple of similarly spec’d devices like the TCL-built DTEK50 and DTEK60.

I admire the new design when i saw the front and side metal design,but back cover and camera design reality disappointed me ,still same old Matt design ,where as even cheap brand phones goes to metallic,and shiny back panels and also camera little ...

Live and Blackberry in the same sentence sounds strange...

Well, $400 for some full-metal body and high security standards sell to the enterprises... ( ͡° ͜ʖ ͡°)