First and foremost, this is the first 7nm chip for TVs and is based on TSMC's node. Secondly, it's the first to commercial TV chipset to support Versatile Video Coding (VVC) for H.266 content. That's a new codec with improved compression efficiency, mainly for streaming and broadcasting media. HEVC, VP9 and VS3 are also on the list of natively supported encodings. 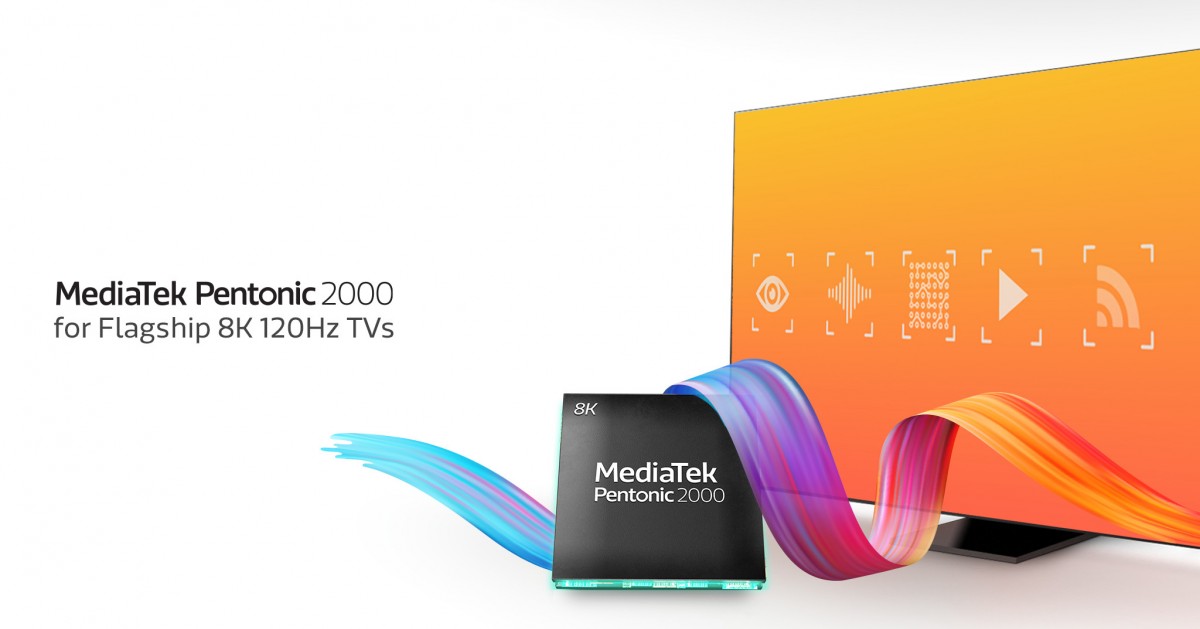 The chip is so powerful that it can run 8K resolution at 120Hz with support for MEMC in this resolution. Upscaling non-8K content to the TVs maximum resolution is also possible and MediaTek says it's AI-powered. Support for UFS 3.1 storage makes things even snappier.

Connectivity-wise, the chip supports the Wi-Fi 6E standard while 5G remains optional in case some TV OEMs decide to include that feature.

The first Pentonic 2000-powered TVs are expected to arrive sometime in 2022.

Well then Nevermind i said something.

Many soc from Mediatek decode AV1. About h266, it's the first one I think. I think that's why Mediatek said it and didn't precise AV1 even if it is supported.