While it could have done a better job with the publicity, Meizu nailed the execution of the 16 and 16 Plus phones. Both of them have tiny bezels and rely on an under display fingerprint reader. The difference between the two is the screen size – 6” on the regular Meizu 16 and 6.5” on the Plus model.

The Meizu 16 Plus has a Super AMOLED screen with 1,080 x 2,160px resolution. Below the display is a fingerprint reader that needs 0.25s to trigger.

The side bezels measure only 1.175mm, which means that the Plus model is only 78.2mm wide – that’s basically the same width as an iPhone 8 Plus, despite the sizable difference in screen surface area, nearly 40%! Meizu boasts 90+ percent screen to body ratio. 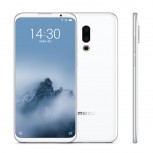 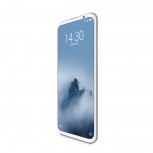 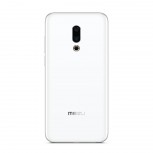 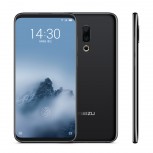 The cameras on the 15 are pretty similar actually, including the 20MP selfie camera. Meizu has leveraged the processing powers of the Snapdragon 845 chipset to do auto HDR and the usual AI enhancements for the camera.

The S845 chip is paired with a vapor chamber for improved cooling and persistent performance. The 16 Plus comes with a 3,570mAh battery and Meizu’s mCharge technology.

Here's the pricing for China:

The Meizu 16 also has a 1080p+ Super AMOLED display, but it measures 6” in diagonal. The battery capacity drops to 3,010mAh and there’s a new set of memory options.

Despite the high StB ratio, Meizu didn't forget about a stereo speaker setup, which combines the earpiece with the bottom firing loudspeaker. There's a 3.5mm audio jack as well.

Both Meizu 16 models are currently available for pre-order in China (follow the Source links). Here are the prices for the Meizu 16.

people complaining about us b*tching about notches and curves on screens- really we can't help with this. the screen is not only for showing information that can be bent or moved away from the fricking notch, we also use it for media consumption and ...

why isn't there a review?

Design is very simmilar to LG V30, front at least, so nothing original here, but it really looks cool without that notch.