Another day, another Meizu 16 tease from the company's founder himself. This one is about comfort and performance and the Meziu 16 will try to tackle this with a heat-dispersing heatsink/vapor chamber for the all-powerful Snapdragon 845. 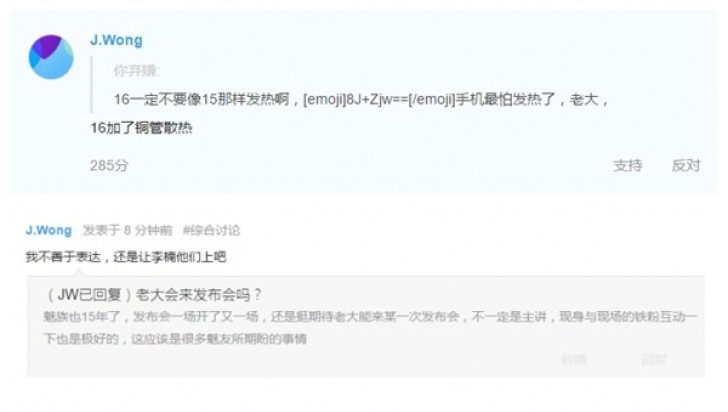 What's interesting, though, is that bigger model with SD845 will feature a copper heat pipe that will help the handset take full advantage of the SoC while keeping it cool and more comfortable to hold during long gaming sessions. It's not the first time we've seen vapor chamber being used in a smartphone - the Galaxy S7 and S7 edge had one of those and more recently, the Razer Phone.

Anyway, the Meziu 16 shapes up to be an impressive flagship device with high screen-to-body ratio and under display fingerprint, so we can't wait for it to launch during the second half of this year.

Copper Pipe =/= Vapour Chamber. Whilst I can see *some * utility for using copper for heat management in a powerful SoC in a small phone, I don't quite see it for tablets. Whereas a full-blown Vapour Chamber is blown out of proportions. It's lik...