The Meizu 16T will be unveiled on October 23 according to a leaked invite. The event will be held in Beijing and promises “big screen entertainment”. Luckily, AnTuTu spotted the phone in its database and revealed more details. 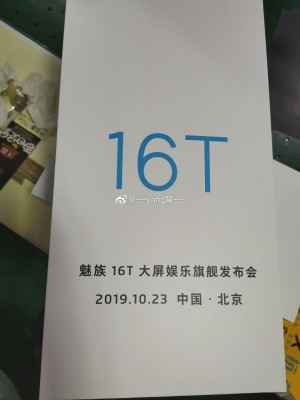 The 16T will be powered by a Snapdragon 855 chipset like the 16s. The scores are a bit low for this chipset, but this is likely due to the prototype status of the device. It certainly doesn’t look like a Snapdragon 855+, anyway (that’s the chipset in the more premium 16s Pro phone).

The chipset is paired with 6GB of RAM and 128GB storage, TENAA also points to an 8/256GB model. The phone is running Android 9 Pie at the moment. This may mean a lower price tag for the 16T model, but we should find out more in the coming weeks.

Xiaomi phones are cheap too.

I hardly believe that. Anyone who claims that has no idea...