Meizu India had a massive event today, bringing the Meizu 16th and Meizu M6T to the Indian market.

The Meizu 16th is actually a new name for the Meizu 16 China, while the company is trying to position the less powerful Meizu 16X as Meizu 16 on the global scene. And yes, it's really confusing, but the 16X is not coming to India at this point so it should be easier to make sense of it all.

Either way, the Meizu 16th has a Snapdragon 845 chipset, 8 GB RAM and 128 GB storage and fancy 12 MP + 20 MP rear camera setup. It also arrives with in-display fingerprint scanner under the 6” Super AMOLED display. Meizu vowed to stay away from notches, so the panel has a regular 18:9 tall ratio.

Arriving in Midnight Black and Moonlight White, the phone costs INR39,999 ($565/€500), which is 20% more than the launch price in China back in August. It will be Amazon Exclusive and should appear soon on the retailer website. 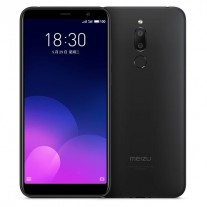 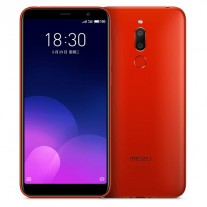 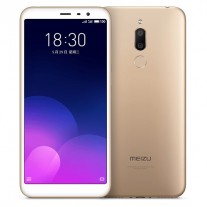 The Meizu M6T has a basic MT6750 chipset and 3/32 GB memory. The screen is 5.7” with HD+ resolution, leaving enough room for an 8 MP selfie shooter in the top bezel.

The fingerprint scanner is positioned on the back, right below the 13 MP + 2 MP main camera setup, Meizu calls it mBack as it also lets you control the UI with various gestures. It is the very same sensor that is seen on the front of Meizu 15 that has a response time of 0.2s.

The phone comes in Black, Gold, and Red colors, and will sell for INR7,999, or about $110/€100. Both the Meizu M6T and Meizu 16th can be purchased even cheaper if you choose cashback and data treats by Amazon India and the carrier Reliance Jio.

Meizu Note 8 unveiled with a 6" screen, dual camera and a 3,600mAh battery

No I just mean dont say about the sound is heard so Chinese. It's so intolerance and will cause friction. Of course the cheaper price will tell the different result. Maybe the problem is Meizu export to India from Chinese (doesn't have factory in Ind...

I knew someone would definitely say this lol. Well Xiaomi launched their flagship in India in 2014 @14k, at a time when OP1 was launched at 20 or 21k. Tier 1 flagships were 40-50k that time. Xiaomi became big only and ONLY because they undercut the...

Lol.. Xiaomi also sounds so Chinese and look at their market share now in India.. So dont underestimate the name! Just focus on what the spec, feature, and UX they provide! Also their responsibility of aftersale. It"s just about time and marketing st...