As promised earlier, Meizu held an announcement event today and introduced a new device. However, instead of the M1E that has been featured extensively in leaks, the Chinese OEM unveiled the Meizu M3E.

We can't really say if that means we have yet another device to look forward to very soon, but looking at the originally suggested specs and Meizu's official ones from today, we are inclined to believe that we are looking at a single device, only with a slightly different name.

The Meizu M3E or Meilane E, as it will be called in China bears a striking resemblance to the m3 note, both in terms of design and specs. The new device offers the same 5.5-inch, Full HD IPS display and the Mediatek MT6755 Helio P10 SoC with3GB of LPDDR3 RAM.

There are 32GB of expandable storage and Meizu's signature mTouch 2.1 home button/fingerprint reader on board. The camera setup looks identical as well with a 13MP main shooter, powered by Sony’s IMX258 sensor and with an f/2.2 aperture, 5P lens and phase detection autofocus. On the front there is a 5MP selfie camera with an f/2.0 aperture and 4P lens.

As far as the exterior goes, a few things have been slightly tweaked and moved around compared to the m3 note. The M3E is a bit slimmer, measuring 153.6 x 75.8 x 7.9mm, but also slightly heavier at 172 grams. This is really odd, considering the battery capacity has been reduced to 3,100 mAh. But, at least it supports fast charging, the provided mCarger being able to go from zero to 50% in 30 minutes. 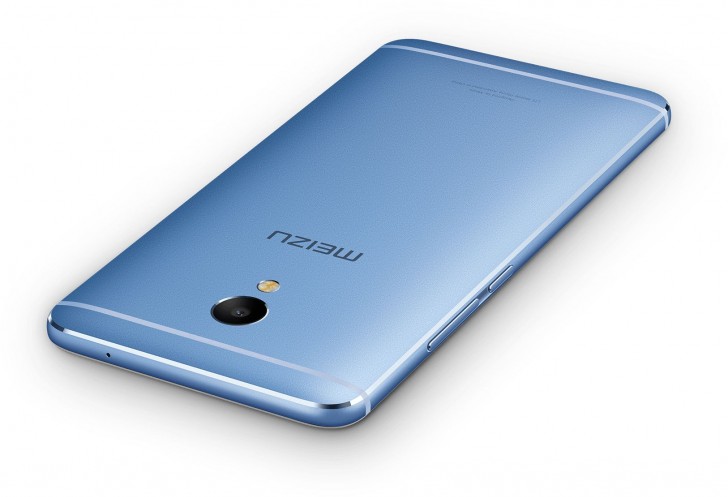 The only other things that seems to be changed is the additional new Blue color option on the M3E. The other versions come in Gray, Silver, Gold and Rose Gold. The handset should start at CNY 1,299 ($195).

m3 note does not support all bands, you must meizu's whore