Glitter in the dark

Meizu's Blue Charm lineup is leveling up with the latest Meizu m1 metal addition. It keeps the low-budget/high-performance profile but Meizu managed to promote the design to a new premium level without sacrificing the Blue Charm goal.

First we want to get the naming confusion out of the way - the smartphone is sold in China as Blue Charm Metal (read in Chinese as Meilan Metal), while for the rest of the world the phone will be known as Meizu m1 metal. 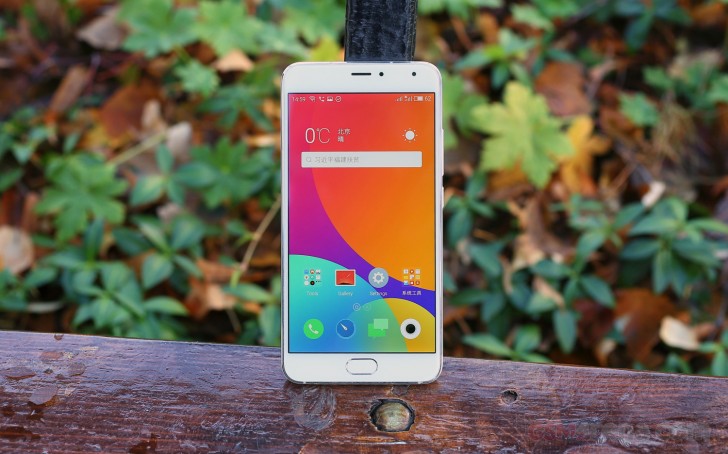 So, the m1 metal keeps the two most important features of the m1/Blue Charm series - a budget price and a guaranteed high performance courtesy of the Helio X10 chipset. Now the combo gets even better with a new premium unibody done in aluminum alloy, die-casted with the so-called crystal metal. Sounds, cool, right?

There is of course a promising 5.5" 1080p display, a fingerprint sensor, a 13MP rear camera, and LTE Cat.4 connectivity, among many other features. Let's check the complete list out.

The lack of some connectivity features might make you frown at first, but you have got to remember that for now the Meizu m1 metal is only available in China and this version is geared for the local market.

The Meizu m1 note and the m2 note received quite a positive reception in our review section so we didn't think a second time when we were offered to review the third phone in the series. The m1 metal certainly sounds like a sweet deal, so we undertook this review with the clear idea of seeing what sort of limitations would be imposed by using this Chinese phone outside of its homeland.

We are essentially reviewing an imported unit here, but you have got to remember it's easily available for online purchase to anyone and it even has Google Play services sideloaded.

We were also curious to see whether the using YunOS (or Aliyun OS) would be any different to using Android as we know it. The OS was developed by a subsidiary of the Chinese e-commerce group Alibaba and it got bad press a few years ago due to the fact that it's an Android fork, which hadn't met the requirements of the Android compatibility program and hence promoted fragmentation, at least according to Google.

We would probably have to revisit this review once an international version of the m1 metal becomes available as it's quite probable that this one might have slight differences in hardware and will probably use a more standard Android build.

With that out of the way, we invite you to our traditional hardware checkup on the next page. Let's hope Meizu's third Blue Charm phablet - the m1 metal - would be equally charming as its predecessors.

How can i change all to english

I own meizu m2 note for almost a year, the quality of this phone is superb. For me, meizu is one of the best phone brand.

Yes that is correct. After installing background apps (Facebook + messenger) and allowing them to persist in memory (via the security app), the battery is indeed poor. Around 3:30hrs SOT to 5hrs depending on workload. My nexus 5 with its paltry batte...