Just like most of the midrange smartphones we've tested lately, the retail box of the Meizu m3 note delivers just about the basics. Inside the paper box we find a fast 2A charger and a microUSB cable. There is also a SIM extraction pin, but no headphones.

The Meizu m3 note is done with the plastic finish of its predecessors, but still keeps the overall shape and feel familiar. In fact, the m3 note is very similar to the Meizu MX5 from last summer, with just a few minor refinements on the front.

The m3 note features an all metal subtly curved rear cover, save for - of course - the antenna cutouts covered with plastic. We've seen the same pattern on the MX5, among other flagships in the past. The m3 note manages to paint the two plastic pieces right, so they don't stand out unpleasantly from the uniform metal piece that is the rear cover. 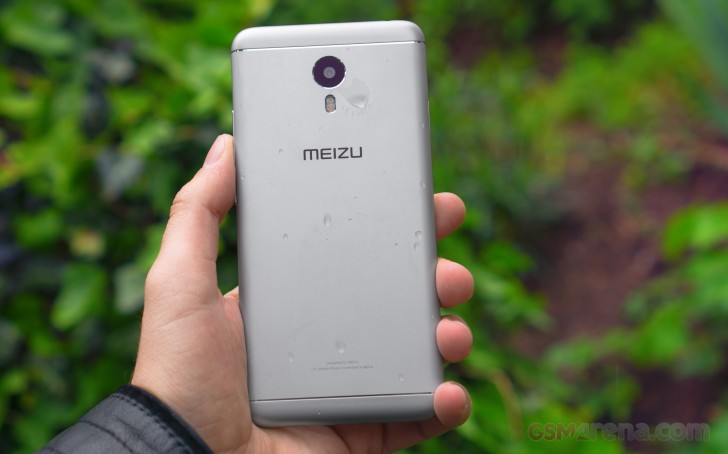 The Dinorex T2X-1 scratch/shock resistant glass protecting the 5.5" display is following the latest trend, being manufactured with the popular 2.5D effect. It somewhat makes the phone look a bit thinner and improves the handling by removing the sharp edge where the glass meets the metal.

We've heard nothing but praise about the Dinorex T2X-1, and while no stress testing was intended, we were unfortunate enough to drop the phone twice from about 1m. The first time it landed face down on a paved street and the glass took deep scratches.

We were stunned how easily it was ruined. An hour later we dropped it face down again on a wooden floor and the glass cracked in the top right corner. Those two accidents did put the Dinorex T2X-1 qualities in question. 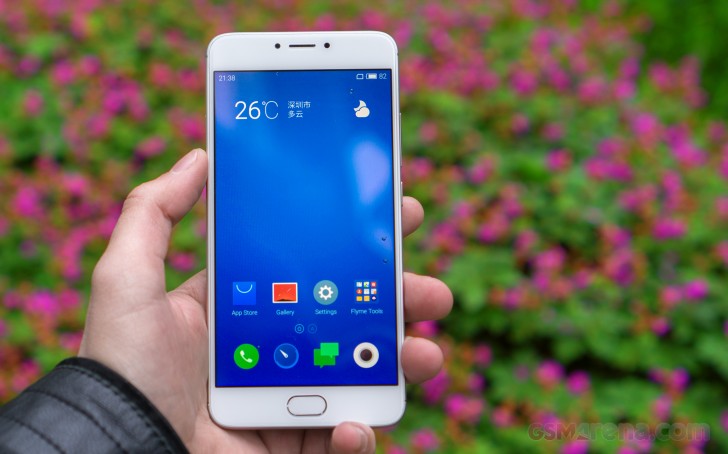 Other than that though, we have nothing but positive impressions with the Meizu m3 note construction. Its solid build and thoughtful design makes for premium looks, unspoiled by the subtle design of the antenna cutouts.

A 5.5" display isn't perfectly suited for one-handed operation, but the phone still feels great in hand and you can easily do the important stuff with one hand. It isn't as lightweight as the MX5, but still slips nicely into pockets. The grip is secure enough, but because of the big footprint and the suspicious screen glass we'd recommend handling it extra carefully.

Above that big 5.5" display we find the earpiece surrounded by the 5MP selfie snapper and a bunch of sensors. Below the screen is the mTouch fingerprint scanner / Home button combo. This key is both capable of hardware press (Home) and capacitive touch (Back).

The dual-SIM tray is lonely on the left side of the m3 note, while the volume rocker and the power/lock key are on the right. All of these are made of metal.

The Meizu m3 note has its audio jack on top, disturbed only by the secondary mic. The bottom is pretty crowded - the regular microUSB port sits in between two grilles - one for the primary mic and one for the single speaker.

The top side • the audio jack • the bottom • the microUSB port

The back is where we find a 13MP camera lens accompanied by a dual-tone LED flash.

The 13MP snapper on the back

hae, I have a problem with my phone(meizum3 note) its locked how can I unlock it?its written in Chinese I can't understand it,need some help please

Both simcard support 4G LTE, i dont know how you do the review... Shame...

Will all the Chinese writing disappear once I use the English language option??