Meizu MX6 turned out to be a great device in spite of our initial doubts. You can probably tell we are fans of the MX5 and we weren't so sure about the place of the MX6 in the series seeing how this model has seen some downgrades compared to its predecessor.

Unless you are coming from a Meizu MX5, though, there is nothing to worry about the MX6 qualities and capabilities. As a standalone midrange phone, the Meizu MX6 goes above and beyond to deliver in design, performance, and camera experience. 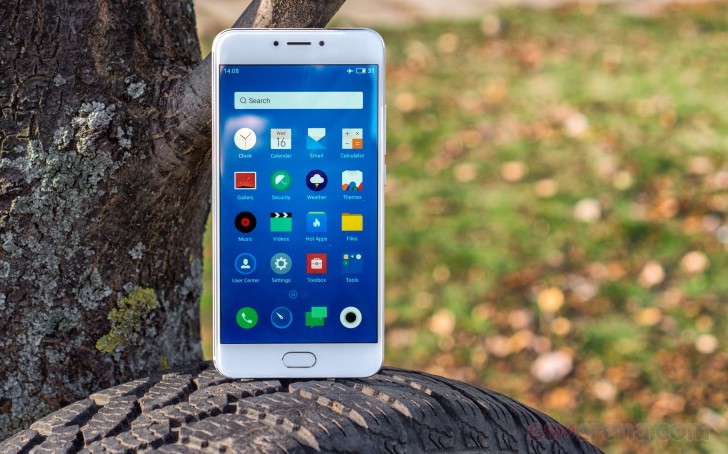 The all-metal shell and the new antenna bands are as premium as you can get today even from a flagship. The Helio X20 chipset doesn't disappoint and delivers stellar processing and above average graphic performance. Of course, there is a price attached to that - it does get hot, and the battery life takes a hit.

Compared to the MX5, the camera is perhaps the biggest downgrade. The new 12MP Sony IMX386 sensor looked promising on paper, but it failed to deliver in picture quality. The mixed-bag results only get worse when the light gets low.

Speaking of the Meizu MX5, it also had an AMOLED screen with Gorilla Glass, a smaller footprint and lighter weight, and yet a slightly bigger battery. We aren't sure how the TDDI screen was supposed to work for the MX6, but even though it is slimmer than a regular LCD, it is not as slim as an AMOLED display.

Indeed, the MX6 is a capable midranger, but so is the Meizu MX5. As we said - it has a better screen with a Gorilla Glass and higher-res camera - two crucial features which may turn the table for some. It's a bit cheaper, too, so there is that.

Unfortunately, Meizu seems to have ceased the MX5 production and the remaining stock is being depleted as you are reading this. Meizu has replaced the MX5 with the MX5e, which has a lesser 16MP main camera and 10% less powerful processor, so the MX6 may end up being the better choice over the MX5e.

The Xiaomi Redmi Note 4 is at least €100 cheaper than the MX6, but it's a perfect match for the Meizu's offer. The Redmi Note 4 packs a 5.5" IPS screen with 1080p resolution, has an always-on fingerprint scanner on the back, runs on the same Helio X20 chipset, and there is a 13MP main camera with phase-detection autofocus. Oh, and don't forget the much bigger battery. Xiaomi's Redmi Note 4 may lack 4K video recording, but it's a lot cheaper and offers similar, if not better, features.

The smaller Xiaomi Mi 5 is also a great alternative with a high-end glass design, flagship Snapdragon 820 chipset and a 16MP main camera with OIS. The Mi 5 is cheaper than the MX6 and turned out even better than the newer Mi 5s, so if the screen isn't too small for you, then it's worth trying the Mi 5 out.

Samsung's Galaxy A7 (2016) and Galaxy C5 are a few euros more expensive, but you will be getting 1080p Super AMOLED screens for that. The A7 model has a 13MP camera with wide aperture and OIS, while the slightly cheaper C5 smartphone has a conventional 16MP camera, still with wide f/1.9 aperture. If you are fan of TouchWiz, we've already established those two are indeed capable smartphones and you should check them out.

Finally, LeEco's Le 2, if you live in a market where it's available, is a very good competitor and probably will win quite a few people over the MX6. The Le 2 has a 5.5" IPS screen of 1080p pixels, the same Helio X20 chip, a 16MP main camera, and a similar 3,000 mAh battery. You can also buy the Le 2 with a Snapdragon 652 chip. And no matter the model, the price is almost twice as low as the MX6.

Meizu's mid-rangers have always cost more than usual, and that may turn out to be a problem in today's highly competitive landscape. To make things worse, the MX6 is not the solid upgrade over the MX5, which we've been waiting for. That doesn't mean the MX6 is not a worthy purchase on its own - quite on the contrary. It certainly has got a pretty face and solid performance in almost every aspect.

Meizu's core fans will certainly appreciate the device, but perhaps the smartphone serves a different purpose of attracting new users to the brand, and this may very well be the reason why Meizu has positioned it differently than the MX5. Whatever the case, the current pricing is high enough to raise an eyebrow despite the smartphone's many merits.