Meizu Note 9 appears on GeekBench with Snapdragon 675 inside

The Meizu Note 9 has made an appearance on the GeekBench Browser, a part of GeekBench’s website that allows you to look through all the benchmark tests run with the app. The device scored 2,404 in the single-core test while the multi-core sat at 6,027. The benchmark listing also shows a generous 6GB of RAM when it was run this morning 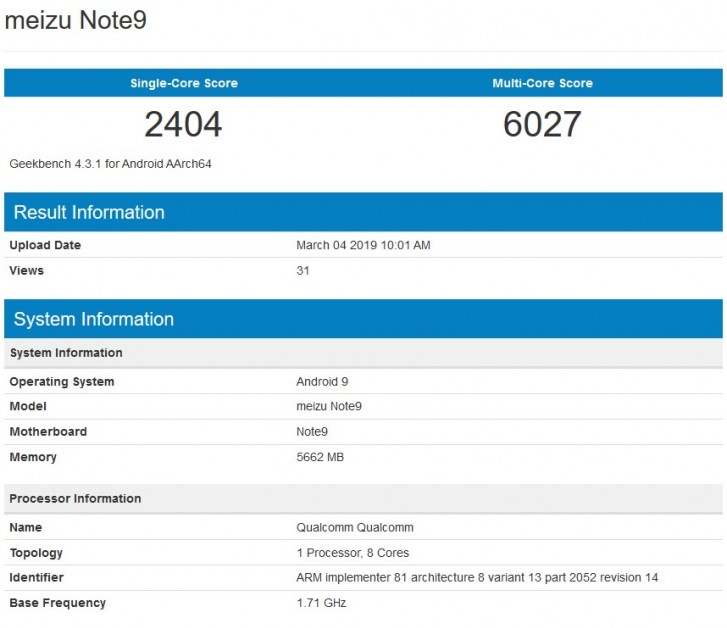 We are very close to the official Chinese launch of the Meizu Note 9 with the date set for March 6. The phone is believed to be the first Meizu phone to feature a water-drop notch, as has been a big trend in many low-cost smartphones in the last year.

We’ve already seen a couple of photos when the phone passed through the TENAA, but with the display turned off, it is a bit difficult to make out. This front camera is rumored to be 20MP 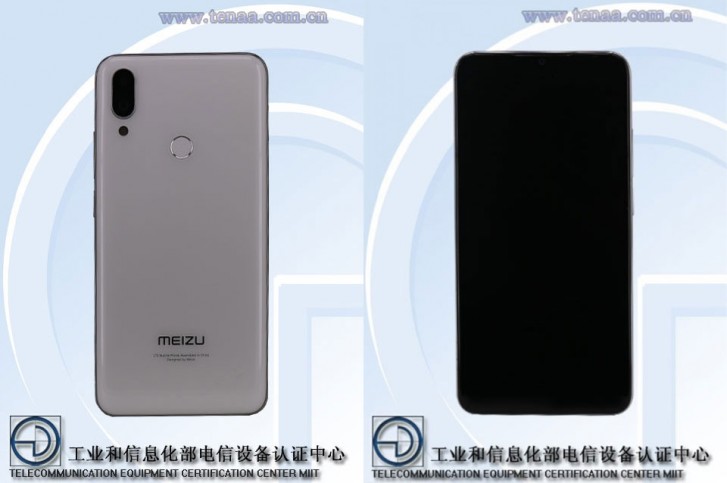 TENAA images of the Meizu Note 9

Based on TENAA filings, the Meizu Note 9 will have a 6.2-inch display with 1080x2244 px resolution. There is also 64GB of internal storage which is expandable up to 256GB via the microSD slot. The phone will also feature a dual camera setup comprising of a 48MP camera and a 5MP depth sensor with, presumably, the same Samsung ISOCELL sensor as the one in the Redmi Note 7. 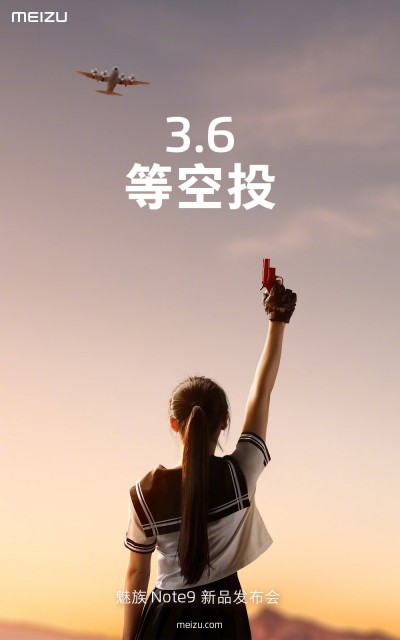 The Meizu Note 9 will launch in China for a rumored starting price of CNY 1,699 (~$283) before eventually expanding availability to other global markets, presumably targeting emerging ones.

Should name it Sammeizu note 9

I couldn't care less about that phone if my 16th doesn't get Pie!

If it has SD and not mediatek, there sure will be customs ROMs for it.