Meizu is going to announced its latest 18 series on March 3 and the company continues to tease the phone’s features and specs. On Thursday, the company revealed some of the Meizu 18 and 18 Pro specs. Now, we have confirmation that the 18 Pro will come with a Snapdragon 888. 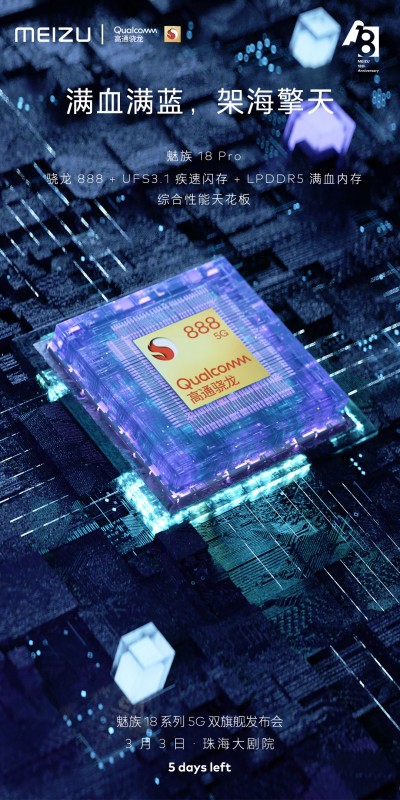 Along with the high-end chipset, the 18 Pro will also feature LPDDR5 RAM, and UFS 3.1 storage. This means we should expect top of the line performance from the Meizu 18 Pro.

The company also teases onboard software called “One Mind 8XX” that’s supposed to optimize the phone’s power and performance, as per reports. 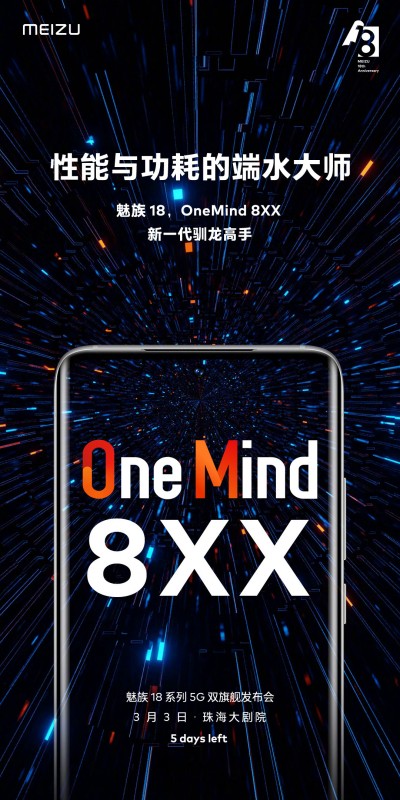 Meizu’s announcement will take place next week in China where the company will announce the Meizu 18 and 18 Pro. The non-pro model is expected to arrive with a Snapdragon 870 chipset and triple camera setup. This consists of a 64MP main camera, a 12MP (presumably ultrawide) shooter, and a 5MP (perhaps macro or depth) camera. The Pro’s camera details are yet to be revealed but that may change in the days leading up to the announcement.

Meizu 18 and 18 Pro appear in an official teaser

IPhone nvme is still the slowest of the bunch. Another example of lower tier hardware.