The Meizu PRO 5 might be almost a year old now, but it is still a gorgeous and exquisite flagship device. The only real question is, could Meizu have possibly made it better by ditching the tried and true Android and by taking a shot on Ubuntu - a rarity on the smartphone scene to say the least. But, we won't dive into that quite yet.

First up, lets quickly recall what the Meizu Pro 5 offers users and what made it stand out from the otherwise excellent MX5 model. The Pro moniker usually stands for a bigger screen, flagship chipset and greater camera, and the Meizu Pro 5 bumps exactly those features over the MX5. Plus, we get the trending 2.5D screen glass to complete the aluminum unibody, which is very welcome. But besides its gorgeous appearance, the Meizu Pro 5 also offers flagship 2015 specs. It has a phablet-sized 5.7-inch, 1080p AMOLED display. Power is also ample in the Pro 5 even by today's standards, thanks to the Samsung-made Exynos 7420 SoC, that went into the Galaxy S6 lineup as well, plus 3GB of RAM, 32GB of storage and a Sony IMX230 camera sensor.

Overall, all the bits and pieces that made the Meizu Pro 5 great are still present, but even on paper, we can already see quite a lot of compromises brought about by the new OS in the Ubuntu Edition at hand. The camera has lost its high-res video support, which might actually be the least of its problems, but more on that in the dedicated section.

The lack of fingerprint support is undoubtedly a whole lot more disappointing when you are fully aware that the hardware is there, the software just doesn't want to play nice with it.

Unfinished as it may be, however, it is also worth noting that Ubuntu Touch was first announced back in 2011 and the first Developer Edition saw the light of day in 2013. So, the OS itself isn't quite so young in the traditional sense of the word. Thus, even though we acknowledge its developing nature, we also have reason to expect at least some modern-day features on the Meizu Pro 5 Ubuntu Edition. 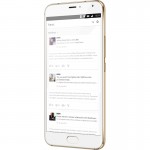 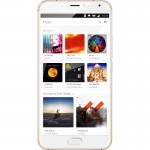 But, before we continue reminiscing over lost features and potential, follow along in the next section to stop and appreciate the gorgeous exterior and exquisite build quality of the Meizu Pro 5.

Tbh, the main problem with Ubuntu Touch right now isn't its incomplete feature set (that's a given for any WIP OS revamp), it's the direction that Canonical is taking Ubuntu, with using Mir instead of building up Wayland, stirring up useless BS contr...

You are very right. Majority of smart phone 📱 users use their phones for communication and games