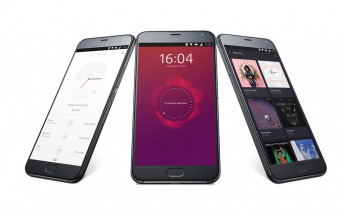 Back in February, Meizu and Ubuntu announced the latest product of their long-running cooperation - the Ubuntu-powered version of the Meizu PRO 5. And now this smartphone has finally gone on sale.

You can pick one up from JD's English website, if you agree to shell out $369.99. Sure, Meizu may have already announced the Pro 6, which acts as a successor of sorts to the PRO 5 (despite being smaller), but that model only runs Android for now (and there hasn't yet been word of an Ubuntu version).

Meizu 17 first details to be revealed on December 13

Damn, it is out of stock in the website posted in this article. Anyone can tell where else I can buy this phone? I'm bored with android, ios, Windows Phone and blackberry OS... Wanna try Ubuntu..

Well, in Ubuntu you use sudo for admin rights, no need to hack or root at all. As for the bootloader, it is already unlocked thus you can indeed install Android if you want to. This is true for Meizu mx4 at least.