Meizu Pro 5 used to be an excellent device and when the company didn't follow the same formula with the Pro 6 it left many of us surprised and its fans disappointed due to the choice of specs, which didn't seem to make it a true successor to Meizu's top dog. 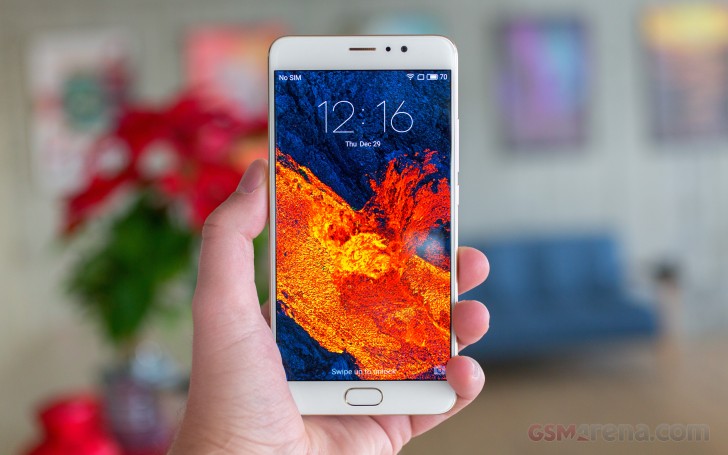 Today, the new Pro 6 Plus brings back the big 5.7" AMOLED screen and also comes with 1440p resolution. It comes with the top-end Exynos chip by Samsung - the same one that powers the Galaxy S7 series.

And if these upgrades aren't enough, Meizu is also throwing 4-axis optical stabilization for the camera, a bigger battery, and a surprising addition to the already cool mTouch key - a heart-rate sensor.

There is so much to talk about, so let's cut to the chase, shall we?

We guess the Pro 6 had its purpose. We may never know what it was as it is already hard to come by. If you ask us, we appreciate it for the fact that it introduced the new eye-pleasing antenna strips design on the back well before the iPhone 7 generation was even announced. It was also among the first devices to showcase pressure-sensitive display technology in an Android smartphone.

Whatever the case was, we're glad it's behind us and that we already have the Pro 6 Plus in our hands - the true successor to the Pro 5. It's a phone that delivers a solid punch in every single aspect.

Our only issue is with the underclocked Exynos chip for the 64GB model. We doubt anyone will suffer from the lower processor clock, but the fewer GPU cores are enough to raise an eyebrow - especially when the graphics chip is tasked to support such premium display resolution. But we'll dig into that in our performance section.

Waterproofing could have been nice, as well as memory expansion options, but we are still too much impressed by the other upgrades to really mind that.

The Pro 6 Plus is what the Meizu Pro 6 should have been in the first place, and we can't wait to put it through its paces and find out if the wait was worth it. You are welcome to join us for our hardware checkup right after the jump.

Do you know if it will work on 4g of Tmobile in the US?

Don't have laptop, i use 32' widescreen bprderless screen on my PC.