Less than four months after Xiaomi announced the Mi Mix, the Chinese company has confirmed that it's working on the successor to the device (allegedly dubbed Mi Mix II). The confirmation came in the form of a Weibo post from none other than the company's CEO Lei Jun. 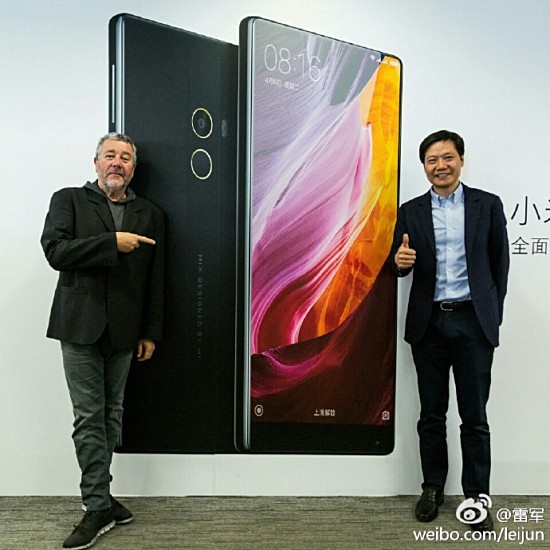 Here's the complete post (translated): "Today, I am pleased to meet again with international design master Philippe Starck, who introduced me the design concept of millet MIX next generation, and then we both will continue to explore how to make these exciting innovations as a reality The product. Come on, millet!"

It's clear from the post that the Mi Mix successor is being designed by French designer Philippe Starck, who also helped design the original model.

Nothing much is currently known about the Mi Mix II in terms of specs except for some rumors that Xiaomi is aiming for a 93% screen-to-body ratio this time, and is working on a design where-in the device's front is entirely covered with display.

Add in the ecg, insulin tester and stroke detector too.

"Only available in China". No thanks.